Get this man a band-aid. 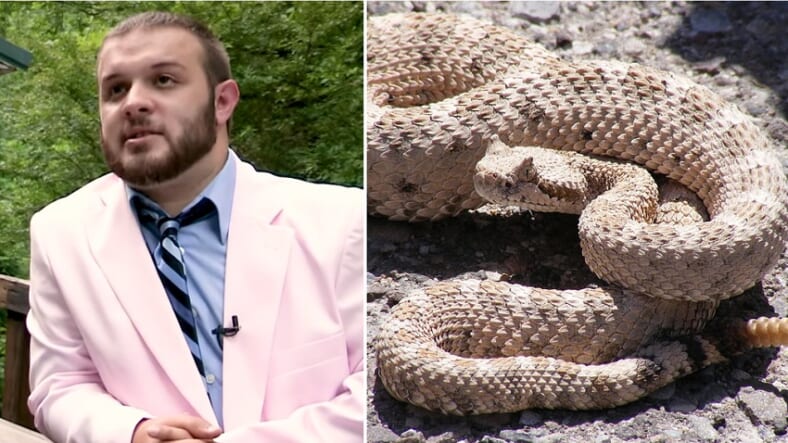 Click pause on the video if you have issues with snakes. Seriously. Pause.

Churches where members handle poisonous snakes during the service to prove they are protected by God are pretty rare now. At one point you could probably find one or two in just about every state in the South.

A lot of people learned some hard lessons about the fact rattlesnakes hate being bothered on Sunday mornings and heeded them. Those who didn’t are still available to provide great documentary footage, as you can see in the video above.

This clip is from the Barcroft TV documentary My Life Inside: The Snake Church. The preacher is Cody Coots, from Middlesboro, Kentucky. He’s the head pastor at Full Gospel Tabernacle in Jesus’ Name, a Pentecostal house of worship tucked away in the woods. The doc follows Coots and spotlights those nail-biting moments when he’s jamming out with local rattlers.

In this case it obviously goes badly. Yet it’s also proof Coots practices what he preaches, because his father Jamie — this won’t be a big surprise — died four years ago from snake bite. The elder Coots appears in the video below.

Watch it here, unless you’re afraid of snakes.