Author Brett Easton Ellis reveals what his main character would be up to, 25 years later. 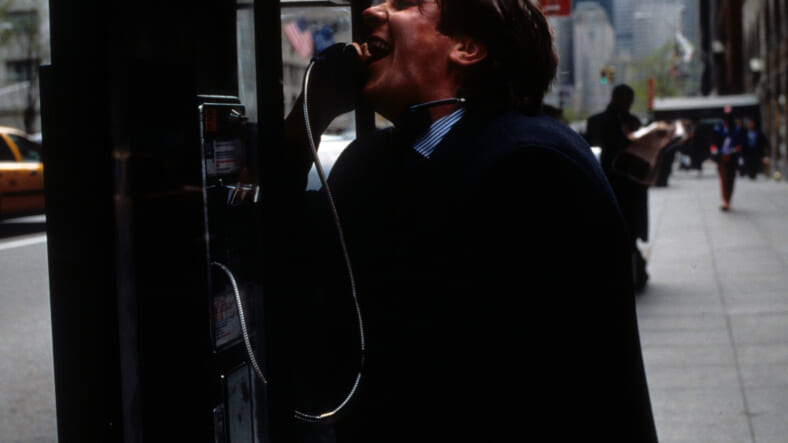 It’s been 25 years since Brett Easton Ellis’ creation of Patrick Bateman made everyone in New York City a little more wary of young, rich, narcissistic, and hedonistic Wall Street bankers. But since 1991, a few more archetypes of sinister entitlement have emerged, and these days an American Psycho could emerge from multiple corners of the U.S.

In an essay for Town & Country, Ellis answered the question he says he’s asked all the time: What would Bateman be up to today?

So what would I tell fans who ask me where Patrick Bateman would be now, as if he were actually alive, tactile, wandering through our world in flesh and blood? For a while during the mid- to late ’90s—at the height of the dotcom bubble, when Manhattan seemed even more absurdly decadent than it did in 1987, before Black Monday—it was a possibility that Bateman, if the book had been moved up a decade, would have been the founder of a number of dotcoms. He would have partied in Tribeca and the Hamptons, indistinguishable from the young and handsome boy wonders who were populating the scene then, with their millions of nonexistent dollars, dancing unknowingly on the edge of an implosion that happened mercilessly, wiping out the playing field, correcting scores.

That sounds about right. But this does not:

I think that if I had written the book in the past decade, perhaps Bateman would have been working in Silicon Valley, living in Cupertino with excursions into San Francisco or down to Big Sur to the Post Ranch Inn and palling around with Zuckerberg and dining at the French Laundry, or lunching with Reed Hastings at Manresa in Los Gatos, wearing a Yeezy hoodie and teasing girls on Tinder. Certainly he could also just as easily be a hedge-funder in New York: Patrick Bateman begets Bill Ackman and Daniel Loeb.

Sometime should tell Ellis that French Laundry is soooooo 2005. And please — please — don’t write this sequel.