Patrick Stewart Says He Uses Weed Every Day, And We’re Totally OK With That

Turns out that Professor X is a massive fan of edibles and sprays. 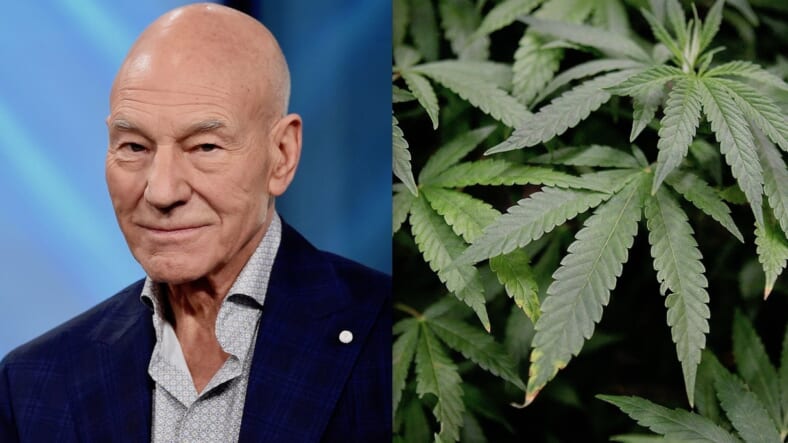 To support that recent Oxford University-led research into medical benefits of marijuana use, Patrick Stewart, best known for playing Professor X in the X-Men movies, has revealed himself to be a frequent marijuana user.

The 76-year-old English actor released a statement in favor of the initiative, citing how medical marijuana has alleviated the chronic pain brought on by his arthritis.

“Two years ago, in Los Angeles, I was examined by a doctor and given a note which gave me legal permission to purchase, from a registered outlet, cannabis-based products, which I was advised might help the ortho-arthritis in both my hands,” the former Star Trek: The Next Generation star said.

“This, it would seem, is a genetically-based condition. My mother had badly distorted and painful hands.”

Stewart admittedly prefers to use sprays and consume edibles, rather than smoke mad bowls in the back of Wolverine’s van.

“I purchased an ointment, spray and edibles. The ointment, while providing some relief from the discomfort, was too greasy to use during daytime and so I only use it at night,” stoneyStewart added.

“It helps with sleep as the pain was reduced. The spray, however, is much more usable and I spray my fingers and particularly my thumb joints several times a day.

“The spray very quickly evaporates and leaves my hands quite dry, though with a slight burning or tingling sensation, which is not unpleasant. I believe that the ointment and spray have significantly reduced the stiffness and pain in my hands.”

Below, see what happens when those edibles hit Professor X and Jean Grey.