Paul Rudd Reveals How He Continues to Appear Ageless 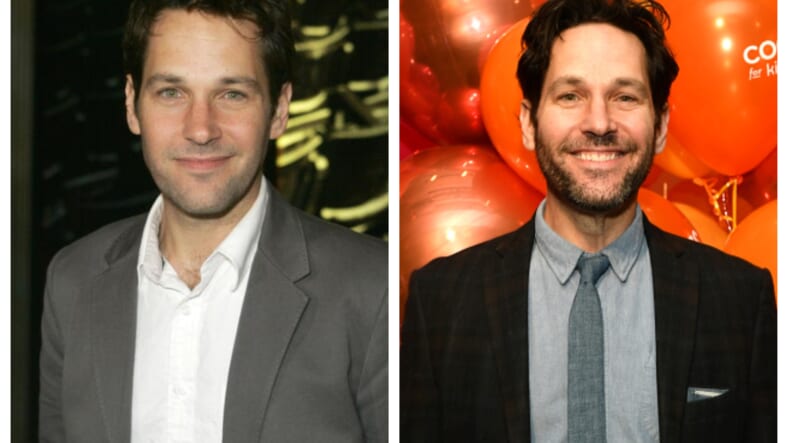 While the rest of us are aging swiftly, Ant-Man actor Paul Rudd doesn’t seem to age at all despite just celebrating his 50th birthday, which is a genuine feat for any human. As famously likable as Rudd is, it’s still borderline creepy.

What’s his secret? An age-defying diet? Expertly done Botox? A deal with the devil?

At a Clueless reunion, he revealed his secret for eternal youth: “I’m 80 years old on the inside. In here, pure darkness,” he said, pointing to his chest.

Then he gave a (perhaps) more sincere half-answer: “And a little moisturizer.”

So it seems the real secret is a winning combination of a sense of humor and whatever amazing moisturizer he uses. Good genes don’t hurt either.

The Twitterverse had a mild implosion on learing Rudd turned 50 on April 6th and aired out their thoughts on the matter:

HOLD UP PAUL RUDD IS FIFTY?? THIS MAN IS 50??? WHAT HOW pic.twitter.com/NaPAomWyI0

Happy 50th to the ever charming, ever boyish Paul Rudd. Fifty is incidentally the number of virgins whose blood he baths in per annum. pic.twitter.com/M1nH8kA5u9

Me learning that Paul Rudd is 50 years old pic.twitter.com/qdpaSKnhuo

Tomorrow is Paul Rudd's 49th birthday. Or his 19th. Or 129th. Who the fuck knows with Paul Rudd. pic.twitter.com/saQV5nwJ6j

Good on you, Paul Rudd. If only we were all blessed with endless collagen production.