Finally, a game for grown-ups. 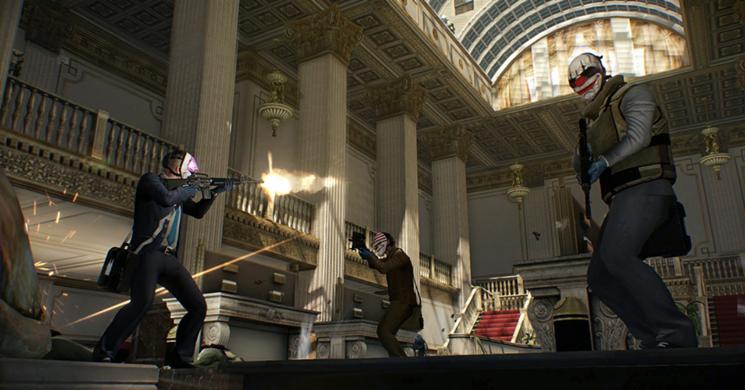 We’ve found two gems for Nintendo Switch and an oddball, redneck romp through Egypt to keep our thumbs happy this week.

Nintendo Switch is getting a very family-unfriendly title this week with Payday 2 making it to Nintendo’s blockbuster console. Burglaries and heists are at the crux of this one, with most missions ending in epic shootouts as you don a mask, grab a team and strategize your way through jewel heists, break-ins and other cinema-styled cash grabs.

The game will put you and your crew to the test as you organize together to plan your heists, since there’s not one correct way to approach any of the game’s many scenarios. Succeed for big bucks and skill points, both of which you can use to upgrade your player’s extensive skill trees to become a more adept thief and a better team member. Payday 2 is the healthy dose of mature content that we’ve been waiting to have on the Switch and will help satiate some of Nintendo’s rabid fan base as the Switch’s library of games continues to grow. (Buy)

Without fanfare or announcement, Nintendo has sneakily upgraded every copy of Super Mario Odyssey with a free DLC that brings our hero’s green-clad brother to the world. We’re still hoping for a proper roster update to Odyssey a la Super Mario Bros. 2 but, for now, we’re damn glad to see Luigi make his debut and we’ve ravenously dug into his race-against-time style addition to the awesome Odyssey worlds.

Part gambling, part foot race, Luigi’s Balloon World lets gamers create challenges for others to solve by hiding yellow balloons around the many levels of Odyssey. That also means you can play all the challenges created by Odyssey’s enormous user base too, wagering coins on your own balloon hunting skills for big payouts. Ultimately more of a mini-game than a proper DLC, we’ll still gladly take what Luigi has to offer since it means squeezing even more gameplay out of one of the best games of 2017. (Buy)

The odd premise of being a redneck who is somehow mummified presents just enough framework for this survival shooter on Xbox One and PS4. Awakening in a pyramid, you’re faced with wave after wave of Egyptian-styled enemies as you traverse the multiple rooms within the ancient structures. Each level is procedurally generated and rarely comes off the same way twice, which is a good thing because getting killed will send you back to the beginning and a second try will put you into an entirely new scenario. Defeat the enemies to earn skill points that will carry through deaths so your player is constantly more capable than before.

Boss battles await you at points along the way with even bigger payouts, and new dynamics keep the action feeling fresh even though some of the cannon-fodder minions can get a little stale after a while. Immortal Redneck has an almost app-like quality in that its gameplay, which can frustrate, will also keep you addicted to coming back and giving the game your best try. (Buy)