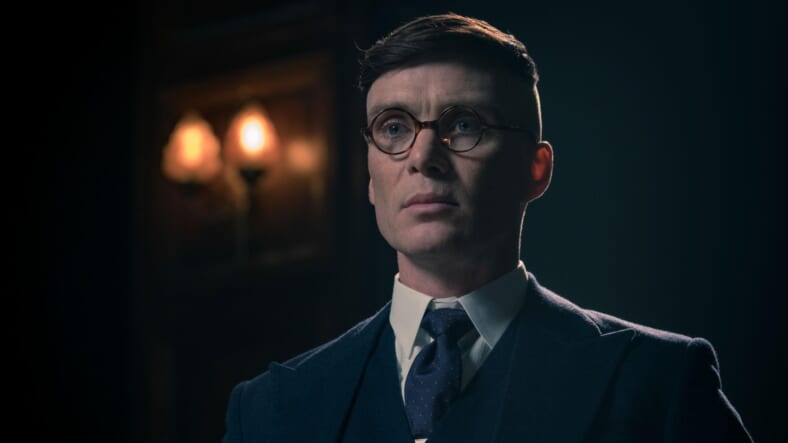 Despite being in the most powerful political position of his career, Cillian Muprhy’s Thomas Shelby is still in a constant state of utter peril in Season 5 of Peaky Blinders.

And if the first half of Netflix’s new trailer is any indicator, the crime family leader’s biggest enemy might be Shelby’s mind. Somber music plays as the shell-shocked WWI veteran, who’s nearly been brutally murdered countless times throughout the stylish period drama’s run, stands on a literal edge in one brief scene.

Then a bluesy guitar riff kicks in to set the rest of the trailer’s tone. The big explosions, gun fights and gangster machismo that Peaky fans know all too well takes it home.

Mind you, none of this is really mentioned in the official plot:

The award-winning epic, gangster family series set in the lawless streets of Birmingham, UK and beyond, follows the evolution of leader Tommy Shelby from backstreet crime lord to legitimate businessman and member of parliament. It explores the notions that violence destroys lives, empires rise and fall over time, and class divisions are corrosive. Season 5, returning Friday, October 4th, finds the world thrown into turmoil by the financial crash of 1929. When Tommy Shelby MP is approached by a charismatic politician with a bold vision for Britain, he realizes that his response will impact not only the future of his family but that of the entire nation.

Newcomers include Sam Claflin (The Nightingale, Adrift, Journey’s End) as Oswald Mosley and Anya Taylor-Joy (The Miniaturist, Split, The Witch) as Gina Gray.