The series creator is also open to the idea. 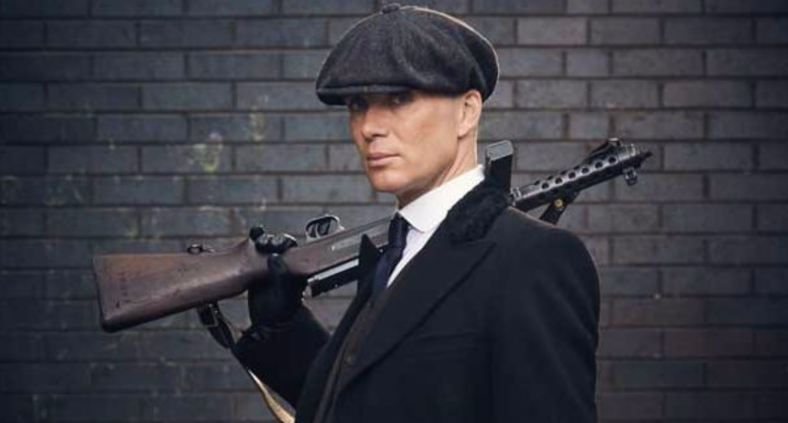 The flat-capped gangsters of Peaky Blinders are back for Season 4, which will premiere on BBC Two on Nov. 15.

There could be even more conniving and dapper tweed waistcoats from the baddies of Birmingham, England: creator Steven Knight and star Cillian Murphy told Deadline they would fancy making a Peaky Blinders movie.

“We are also keeping our minds open as regards a movie and we are making progress on the musical,” Knight said. “Peaky is now a beast that will not die.”

“In theory, yeah absolutely if the writing is as good as it is for the show then for sure,” Murphy added.

That said, he’s not so keen on catching the Peaky Blinders musical, which may be coming to the West End theater district of London.

“That’s not for me, I’m going to pass on that one,” Murphy said, being a consummate buzzkill.

For now, it’s all hype and speculation. We’ll have to settle for the antics of Season 4 for now. Deadline laid out the plot:

The plot of Season 4 has been held pretty close to the vest, but it kicks off with Tommy Shelby estranged from his family after an intense Season 3 ending that saw him turn the tables and have them all arrested. This season, it’s back to the family’s roots. When Tommy realizes they are in danger of annihilation, he flees his country house and summons the family to return to the streets of Small Heath, where a desperate fight for survival begins.Murphy says that at the beginning of Season 4, “Tommy is trying to convince himself it’s okay. He’s trying to live with it and what happened to the rest of them. He’s not the sort of character who’s going to go to therapy… It’s an interesting place to find him completely estranged; family was his raison d’etre.”

Oscar-winner Adrien Brody will join the series as a mobster from New York. “Brody’s mobster cuts a sinister and menacing figure when he first appears. I’m told he also shares some parallels with Tommy, which will become more evident as the season rolls along,” Deadline reports.

See it all go down on Nov. 15, if you so happen to get BBC in your TV bundle.