People Re-Watching ‘American Pie’ Are Calling It Sexist and Offensive 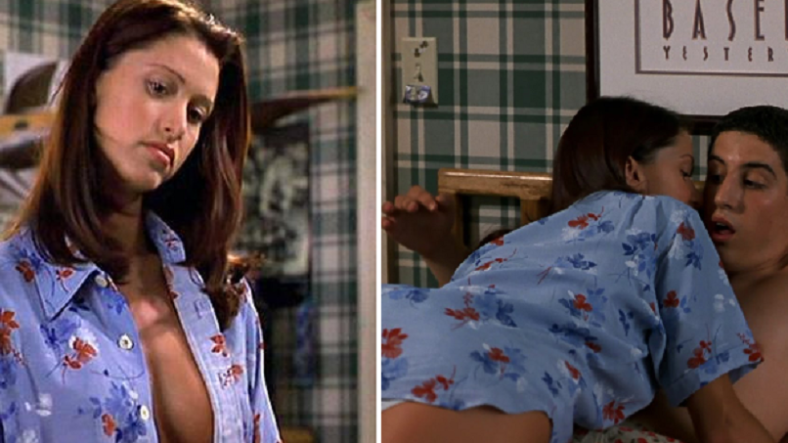 It just doesn’t seem like American Pie premiered all that long ago, but the teen sex comedy is actually closing in on its 20th anniversary. If that doesn’t make a fan of the movie feel old, then reactions of those watching the movie in 2018 might do the trick.

VT noticed a trend in people commenting on the film and other ’90s movies and shows on Twitter. Those comments make one thing obvious: Everyone is socially aware now and ready to slam American Pie and movies like it for elements that just do not go over with the audience in 2018.

Okay, so it was pretty offensive in the first place. There’s no arguing with that. Any movie that features a dude screwing a pie is just not going to go over well with certain audience members.

American Pie‘s gay jokes are an issue as well. All you have to do is search “Stiffler” and “gay” and you understand where that’s coming from.

Because you got out of bed this morning and thought, “I want to lose my mind at how no one can handle anything anymore,” here’s our public service for the day—the tweets of snowflakes (some posted a few years ago) who aren’t woke enough to understand one young man’s sexual attraction to baked goods.

Am I the only who terribly despised the American Pie movies? I found them unnecessarily vulgar and offensive.

my opinion is that the american pie movies are sexist

As usual, social media provides an alternate point of view.

me at everyone getting so offended over film and tv series that were made years ago like comedies e.g. friends being ‘homophobic and sexist’ and American pie being ‘sexist’ like stop finding everything to pick at and just shut up it’s a joke 🤷🏻‍♀️ pic.twitter.com/jS6Rfc7MI0

So now the Generation Snowflake brigade are watching American Pie & claim they’re offended by it. Get a grip will ye??

I read that people get offended by Friends and the American Pie movies. I have no words and I'm ashamed in some ways of my generation, which gets offended by everything that should be fun or dumb.

The best defense of American Pie might be pointing out the hypocrisy in finding it so offensive when “prestige” TV and movies are airing scenes like graphic male rape (Outlander) a series beloved by women in particular, gruesome meals made from body parts (Hannibal), and multiple blood-splattery deaths in nearly every scene (John Wick, admittedly an awesome flick).

It doesn’t make a lot of sense to enjoy the hell out of movies like that and then decide pie-humping is “the line.”

So just watch whatever you want, have fun, and get over it.