“As a mother of a toddler allergic to several foods, I am disgusted.” 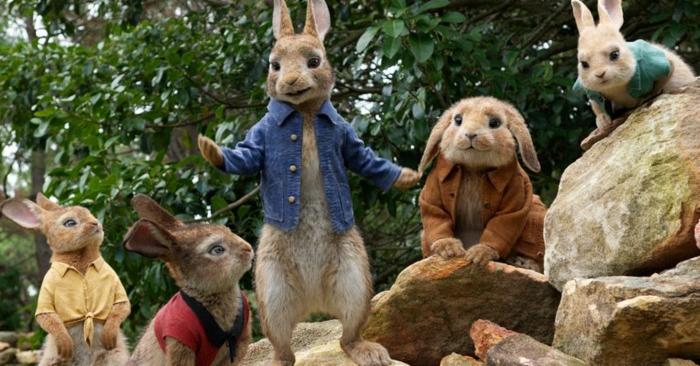 The beloved children’s character Peter Rabbit, voiced by James Corden in a new movie, has hopped into controversy.

Parents of children with food allergies are calling for a boycott of the new Peter Rabbit movie, after the CGI-animated critter was accused of promoting “food allergy bullying.”

In a scene from the movie, which is live-action but with CGI talking bunnies, Peter and his furry, floppy-eared friends hurl blackberries at their human nemesis Thomas McGregor, played by Domhnall Gleeson, to keep him out of their garden.

The issue: He is severally allergic to blackberries and goes into anaphylactic shock, forcing him to inject himself with an epipen.

The charity group Kids with Food Allergies issued a warning on social media, and the president and CEO of the Asthma and Allergy Foundation of America urged in an open letter for Sony to “examine your portrayal of bullying in your films geared toward a young audience.”

@SonyPictures What a disgrace – teaching children it's okay to bully and harass others with food allergies. You obviously have no staff with children who could DIE from food allergies. #attemptedmurder #foodallergies #boycottpeterrabbit

As a mother of a toddler allergic to several foods, I am disgusted that Sony would make a joke out of flicking an allergen at a food allergic individual. Doing so is felony aggravated assault! What kind of message does that scene send to kids?! #boycottpeterrabbit

The filmmakers and Sony Pictures apologized in a letter emailed to The New York Times.

“Food allergies are a serious issue. Our film should not have made light of Peter Rabbit’s archnemesis, Mr. McGregor, being allergic to blackberries, even in a cartoonish, slapstick way.”

“We sincerely regret not being more aware and sensitive to this issue, and we truly apologize.”

Who knew a talking rabbit could ignite such outrage?