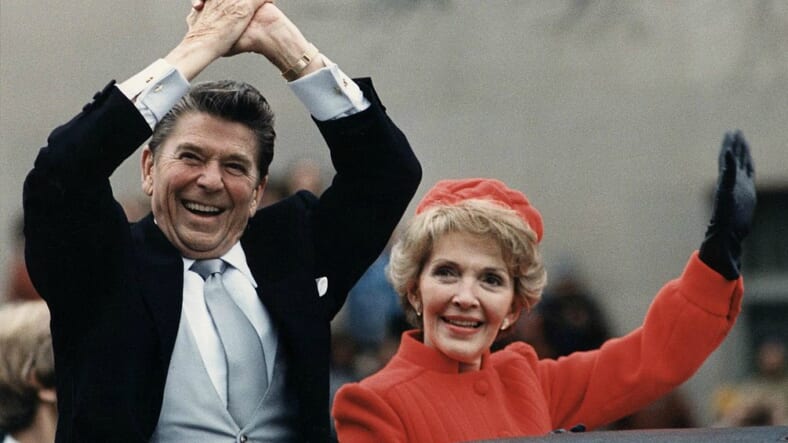 When former First Lady Nancy Reagan passed away this weekend, she left behind an interminable legacy on drugs. As President Ronald Reagan led charge in the War on Drugs during the ’80s, Nancy became the face America’s ‘Just Say No’ anti-drug campaign. But because of her somewhat controversial approach to drugs in America, the author of a new petition on Change.org has dubbed Nancy “the most famous Trap Queen in American history” and declared that the only way to send off a Trap Queen into the afterlife is to have Fetty Wap himself perform at her funeral. Here’s what his Change.org petition says:

While her husband, Ronald Reagan, was linking up with Papi to flood the streets with narcotics, Nancy was on TV telling kids to “Say No To Drugs.” Her infamous “anti-drug” phrase encouraged strict laws on drug possession that led to a school-to-prison pipeline we’re still dealing with now. Blacks and Latinos went to jail in droves for possessing drugs her husband gave them. It was an incredible sleight of hand that would make any wannabe Trap Queen hide in shame for her inability to be as diabolical as Nancy.

So, to commemorate her contribution to the Trap, we’d love to have Fetty Wap perform “Trap Queen” at Nancy’s funeral. To usher her to a better place…where she’s probably cooking pies with her baby.

While the odds of the one-eyed rapper’s appearance at a state funeral are extremely slim, you have to this guy some credit for trying. But then again, anything could happen these days.