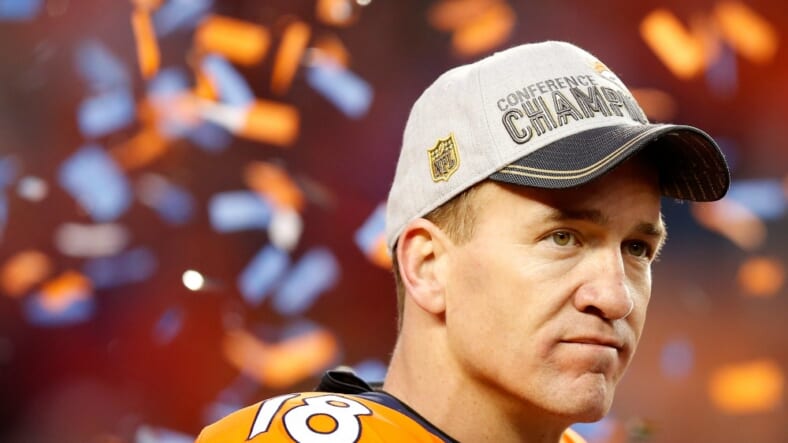 From the moment Al Jazeera went public with its explosive documentary allegedly linking Peyton Manning to HGH shipments from an anti-aging clinic in Indianapolis, the 39-year-old quarterback has vehemently denied any wrongdoing. But on the eve of his start in Super Bowl 50, Manning’s denial has taken a hit: the quarterback allegedly sent hired muscle to extract a retraction from Al Jazeera’s key source.

According to a damning new Washington Post story, two private investigators showed up at the house of Charles Sly’s parents five days before Al Jazeera aired its documentary about sports doping, The Dark Side. Sly, who was secretly recorded saying Manning had HGH shipped to his house under his wife’s name, features prominently in the report. But that night at his parents house, when two trench coat-clad investigators showed up on the doorstep claiming to be police, Sly wasn’t home.

He was there the next morning though, and with his lawyer on speakerphone, Sly said everything he was secretly recorded saying was a lie. The next morning he recorded a 55 second video admitting as much.

“When somebody accuses you of doing something you didn’t do — and Al Jazeera refused to tell us who it was — it’s only logical to say, ‘Who is it, and why are they doing this?’ ” Manning spokesman Ari Fleischer told the Post to explain why the quarterback hired goons to root out Sly.

It’s hardly that simple. It’s pretty easy to see Manning’s actions as those of a guilty party determined to use his power and money to ensure that the accusations didn’t stick. If that’s what happened, and at this point it’s hard to know where the truth lies, it that could be worse for his legacy than if he had admitted to using HGH in the first place. How many people would think an aged quarterback evil for taking advantage of the most advanced medicine to recover from injury? Not as many who would think the same about a millionaire who hires goons to intimidate a guy into backtracking on the truth.