The Sheriff is Done: Peyton Manning to Announce Retirement

The QB is destined for the Hall of Fame. 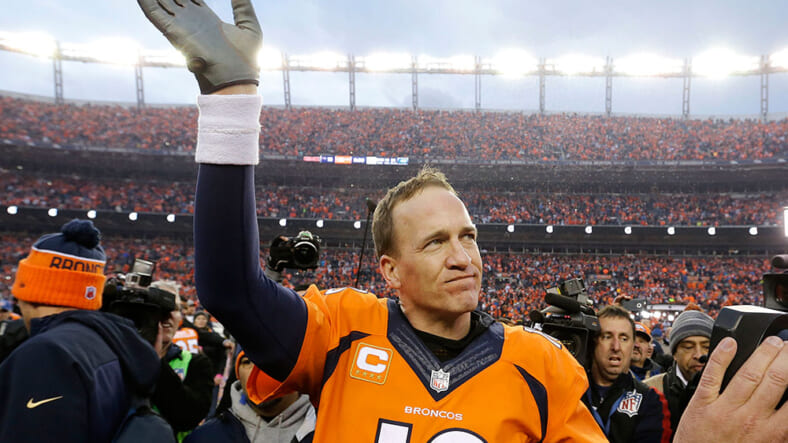 The anticipated exit of star quarterback and NFL legend Peyton Manning from the field of play is official, per the Denver Broncos—The Sheriff will announce his retirement from the game on Monday.

“When you look at everything Peyton has accomplished as a player and person,” said Broncos GM John Elway in a statement, “it’s easy to see how fortunate we’ve been to have him on our team.”

Emerging late-career scandals alleging sexual harassment and performance-enhancing drugs notwithstanding, the outwardly jovial Manning was a marvel of icily competent efficiency on the gridiron. The Broncos’ statement listing some of his accomplishments offers ample evidence:

Manning’s decision to go out on top wasn’t a big surprise. He even told Patriots coach Bill Belichick in an off-hand post-game comment that Super Bowl 50 would be his last rodeo.

That Manning didn’t leave the game earlier is actually something of a miracle and testimony to the linemen keeping the heat off the QB through the years—18 years is a miraculously long career for any NFLer.

Now he can have all the Budweiser he wants, whether he gets paid to plug it or not.