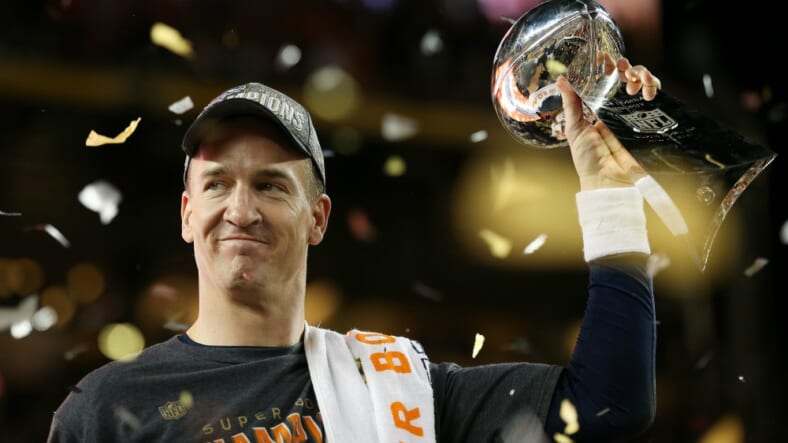 Nineteen years ago, while a student at the University of Tennessee, Peyton Manning allegedly rubbed his dick, balls and ass on the face of an unsuspecting female trainer. This is not new information, but it’s newly relevant after a group of female students mentioned the incident in a lawsuit recently filed against the university. And while the accusation against Manning has been known for decades by those who paid attention to SEC football in 1996, it’s a shocking revelation to the vast swath of America that’s only known him as a squeaky-clean pitchman and wholesome NFL quarterback.

This incident has resurfaced for a few reasons. First, there’s a recent Title IX violation that UT  allegedly committed by allowing its athletic department to create a “hostile sexual environment” for female students. According to a group of six woman who filed the complaint against the univeristy, the athletic department has an unfair system for responding to sexual assault complaints that subjects women to further harassment and favors male athletes. The Manning incident is cited as an example of what happens in an environment like the one UT fostered. The other reason Manning’s crotch is back in the news is  The New York Daily News’ publication of a 2003 court filing laying out previously unknown accusations about the 1996 incident between Manning and former Tennessee trainer Dr. Jamie Naughright.

All anyone really knows is that someone is lying in this case.. According to Manning, he was trying to moon a teammate when Naughright was caught in the crossfire. She says it was much more than that. In the 2003 filing published by the Daily News, Naughright said she was tending to Manning’s ankle while he was sitting on a training table when he scooted down toward her and smashed his junk into her face. But as many have pointed out, Naughright’s initial explanation wasn’t so extreme. In 1996, she said he “exposed himself to me” and sued the university. That case settled. Six years later, she sued Manning for defamation after he and his father wrote a book that included an unfriendly depiction of her and Manning’s version of the “mooning” incident. That case settled out of court too.

Manning’s story has been called into question as well too. The former teammate who Manning says was the target of his mooning denies that version of events. He even claims that sticking to the truth cost him a year of eligibility.

The case has been out of the courts for 10 years and figures to remain there despite the recent press it’s received. But the potential harm for Manning here comes not from something a court might decide, but from what the public decides. His “Dad Next Door” reputation recently took a hit when he was accused of taking HGH by a documentary last year, and the return of his sexual assault allegations is yet another needle threatening to deflate that balloon entirely. Maybe, as he contemplates retirement after winning Super Bowl 50, the world is finally learning that Manning isn’t the All-American quarterback he’s been portrayed as for the past two decades. Maybe, instead, he’s a woman-assaulting, thug-hiring, PED-abusing miscreant who’s somehow convinced the world otherwise.