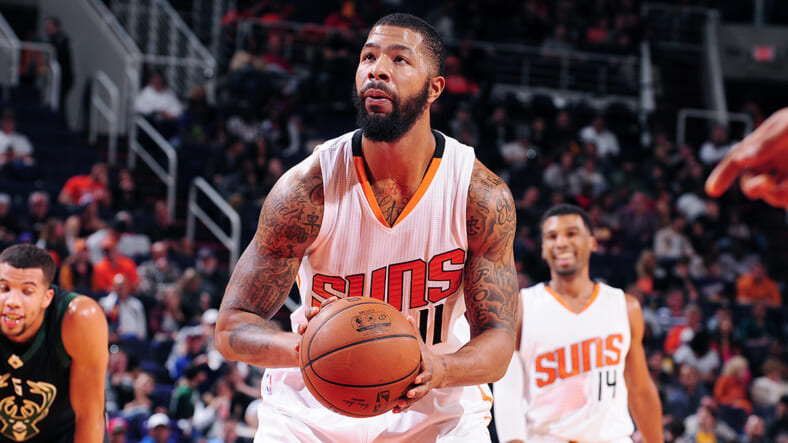 The Phoenix Suns suck right now. They’re 12-25 on the season and have lost nine consecutive games. They suck so bad that last night they lost to the Los Angeles Lakers, who also really suck. A little over a week ago they lost to the Philadelphia Sixers, who might suck more than any NBA team has ever sucked in the history of terrible basketball

Figuring out why the Phoenix Suns suck is difficult, but it probably has something to do with poor roster construction and losing Eric Bledsoe, inarguably their best player, for whole season after knee surgery. But it probably doesn’t have anything to do with what 54-year-old team owner Robert Sarver’s strange theory: that “millennial culture” is keeping the Suns from rising.

“My whole view of the millennial culture is that they have a tough time dealing with setbacks, and [Suns forward] Markieff Morris is the perfect example,” Sarver told The Arizona Republic. “He had a setback with his brother in the offseason and he can’t seem to recover from it. We’ve had a number of setbacks this year that have taken their toll on us, and we haven’t been resilient.”

Sarver’s implication? That those infamously-coddled Young People don’t deal well with defeat and spiral into a pathetic cycle of failure unless someone holds their hand. The reason he singled out Morris? Because after his brother Marcus was traded in the offseason, Markieff publicly asked to be traded himself and responded with other, less mature antics.

But Morris’ response to Sarver’s comments belies the owners critique. “He’s the owner. It’s his team. He can say what he wants,” Morris said in his best impression of a mature adult.

Sarver’s anti-millennial rant also included some dumb things about social media, including the revelation that he’s “not a fan.” “The only thing people put online are good things that happen to them, or things they make up,” he said. Not sure how this is relevant, but OK! Then again, that applies to him too:

Robert Sarver says millennials put a distorted positive view of themselves on the internet https://t.co/6cS1drH7cE pic.twitter.com/YpscAE1Vln