See the Nude Photos That Were Almost Too Shocking for Denmark

A Danish photographer just claimed a major victory over censorship. 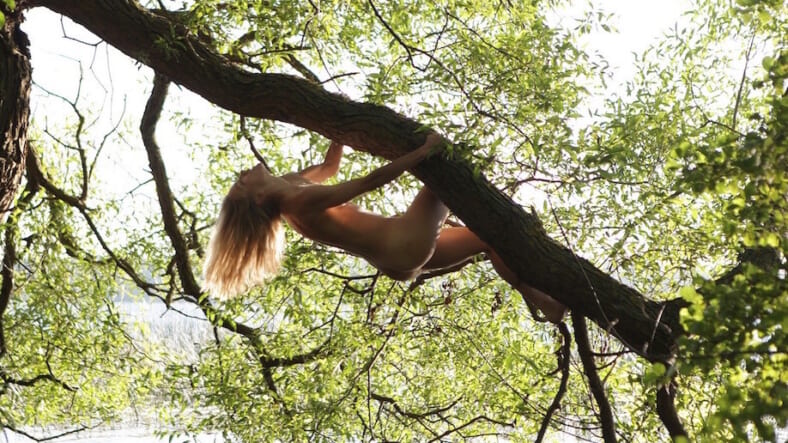 Something is rotten in the nation of Denmark, and Mathilde Grafström is determined to fix it.

When Maxim last caught up with the Danish photographer in December, she had just ignited a media firestorm with her “Female Beauty” exhibit. When Grafström attempted to have her photo series of beautiful, nude women displayed in a Copenhagen square, they were banned by uptight police.

Authorities told Grafström her shots were “obscene” and “offensive,” even though they were intended to promote healthy body image and celebrate the female form. When Grafström decried the censorship to the media, the world rightly rallied around her.

Now, her efforts are paying off.

On January 13, Copenhagen Police rescinded the ban, and Grafström is now searching for a new city square to unveil the photo series. Even better, the international outcry brought her work unprecedented levels of attention. New volunteers are stepping forward to bare all for the photographer who shocked Denmark.

Her fight is far from over. Grafström told Maxim last month that this act of censorship is part of a greater problem: liberal Denmark is becoming increasingly guarded about nudity.

“We have this wave here, where everything is getting more closed. Girls are dressing up more and more and hiding themselves more. Ten years ago, you could easily swim on the beach with no top and just bikini bottoms. But these days, if I’m doing it, which is normal for me, I get these looks.”

We caught up with Grafström over email to see where she stands in her struggle against censorship and puritanism. You can view the NSFW images in the slideshow here.

What have the police decided?The police have told me that this is a borderline case, which means that I can exhibit legally now if I just keep away from some provocative images, like of female genitalia.

What’s your next move?I am now trying to exhibit at the City Hall Square, which is the biggest square in the capital of Denmark. This might turn out to be something I have to fight hard for, but I’m not going to give up so easily. When naked people can be shown in advertising in public spaces then it must be possible to show nakedness in art.

Has all the media support helped?Yes, I cannot tell you how happy I have been for all the support, especially from the Society of Danish Photography, a number of Danish politicians, and major media, at home and abroad. There is general agreement in the world, and even in China it seems, that censorship of art is reprehensible. Media in more than 30 countries have supported my struggle for more freedom for the arts, even in otherwise liberal Denmark.

Lastly, why are you so passionate about this issue?I grew up in the countryside, where there were no problems with bathing naked on the beach. But I am frankly shocked by how little it takes to shock Copenhageners. Neo-puritanism has a really good grip on people here, and I recommend they take a trip back to the 60s–the more liberal times in Denmark.

I see myself as a freedom fighter that fights for the right for people to be themselves. And we will not find ourselves, just as we are, in the old-fashioned attitudes and prudishness that limits our expressions of life. I look at all my artwork as a message to the Danes to break free and accept life and the naked truth.