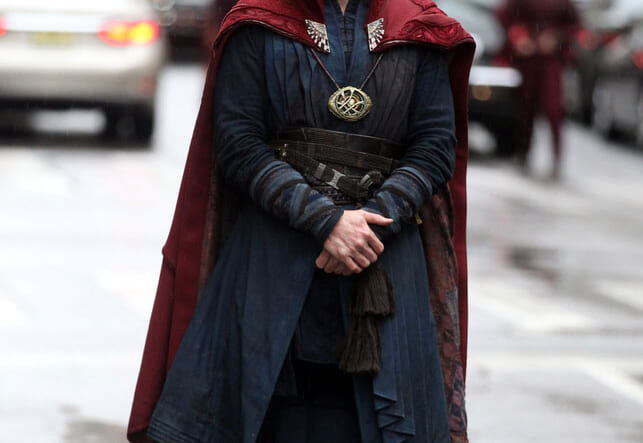 More than some Marvel films it looked as though Strange will remain true to the comics’ look, as other than his relative youth compared to the character (Stephen Strange is frequently drawn as an older man, in indeterminate middle age) Cumberbatch rocks the look.

As does Chiwetel Ejiofor, seen during filming as Strange’s opponent, villainous Baron Mordo.

Doctor Strange mystically floats into theaters nationwide on November 4, 2016. To a Harry Potter-saturated moviegoing public, wizardry may never be the same.