Pinhead Is Out For More Blood in ‘Hellraiser: Judgment’

The gory franchise continues on with its tenth installment — and a new actor has been cast as Pinhead. 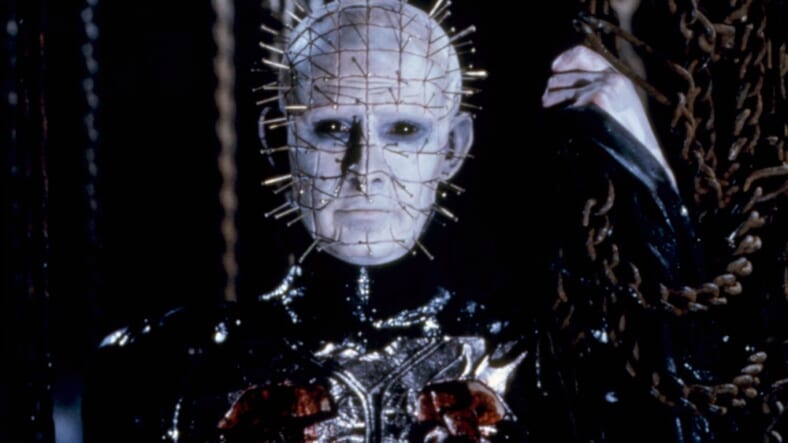 It’s time to sleep with the lights on again: a new Pinhead has been cast in the tenth installment of the Hellraiser horror franchise conceptualized by Clive Barker.

Though the writer and visual artist won’t be at the helm, film details sound relatively promising as makeup master Gary Tunnicliffe will take charge on the set of Hellraiser: Judgment. Bloody Disgusting has reported that not only will see a brand new army of Cenobites set to fuck up your day, but we will also witness a completely new vision to Pinhead (nails probably still included). Paul T. Taylor, “a classically trained stage and film actor” will play the next iteration of the horror icon. Another casting surprise comes in the form of Nightmare on Elm Street vet Heather Langenkamp, who is set to play a “chain-smoking ‘Landlady’ who snorts obscenities to the police,” which sounds like an Oscar-winning role for the starlet.

While solid information regarding plot still seems thin, we do know the story will go as followed: “Detectives Sean (Damon Carney) and David Carter (Randy Wayne) are on the case to find a gruesome serial killer terrorizing the city. Joining forces with Detective Christine Egerton (Alexandra Harris), they dig deeper into a spiraling maze of horror that may not be of this world. Could the Judgment awaiting the killer’s victims also be waiting for Sean?”Hellraiser: Judgment will debut for all your nightmare-induced pleasure sometime in 2017.