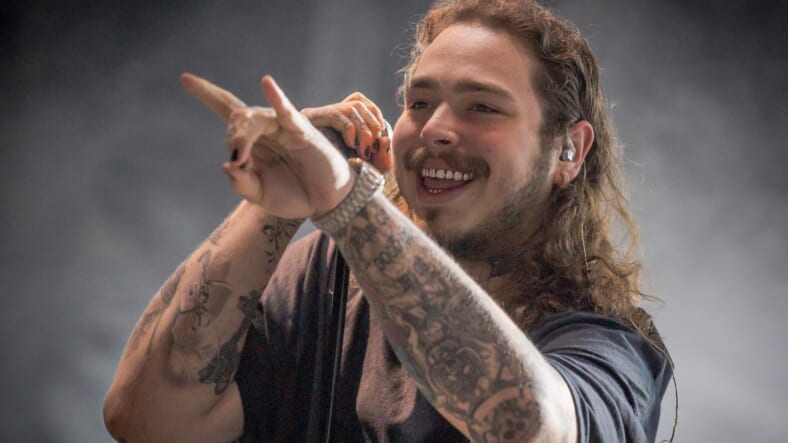 Nine songs from his chart-topping album, Beerbongs & Bentleys, have achieved top 20 positions on the Billboard Hot 100, handily smashing the previous 6-song record held by The Beatles and J. Cole.

Post Malone — whose sophomore effort beerbongs & bentleys opened with 461,000 equivalent album units, according to Nielsen Music — lands nine songs in the top 20 of the Hot 100, shattering the previous record of six.The Beatles held the record for 54 years, as they charted six songs in the top 20 on charts dated April 11 and April 18, 1964. J. Cole tied the mark just last week (on the chart dated May 5), fueled by the No. 1 Billboard 200 bow of his latest album, KOD.

The immensely popular release has earned Post other incredible accolades. He concurrently broke the record for the most simultaneous Hot 40 hits with 14, and all 18 tracks have charted in the Hot 100.

Beerbongs & Bentleys also had the biggest streaming week of any album ever. Industry experts predict that it will continue making history with consecutive weeks at No. 1

The album is set for a second stanza at No. 1, according to industry forecasters.

If beerbongs spends a second week atop the list, it will mark the third title to rack up multiple weeks at No. 1 in 2018 — and the first by an artist — following Black Panther: The Album (with three weeks at No. 1) and The Greatest Showmansoundtrack (two weeks in the top slot).

We have a feeling his rock star days of “fuckin’ hoes and poppin’ pillies” have only just begun.