Fans of the breakout pop-rapper will dig this new track from “Beerbongs & Bentleys.” 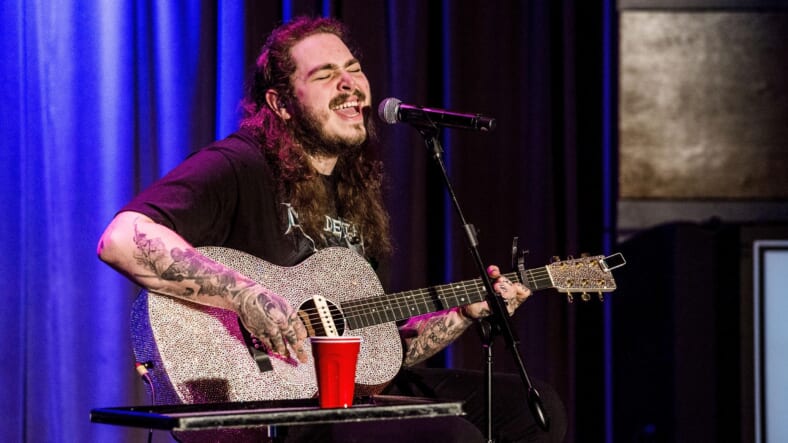 The genre-bending artist took time from poppin’ pillies and making hip-hop hits to debut a moody new track titled “Stay” from his forthcoming album, Beerbongs & Bentleys. Fans at a Nashville stop on his Bud Light Dive Bar tour heard it first, but you can watch it in the video above.

Accompanied by a black acoustic guitar, Malone’s emo-tinged breakup ballad was enhanced by a synth effect laid over his vocals.

“Every time we make up the truth is faded/ Everybody’s blind when the view’s amazing/ Damn, who are we right now?/ Can we have a little conversation/ Figure it out with no intoxication.”

Casual listeners might be surprised to hear that his voice pairs so well with an acoustic guitar, but die-hard Post fans will see “Stay” as a natural progression.

That said, he does his own thing really well. His latest single, “Psycho” featuring Ty Dolla Sign, is a perfect soundtrack for your next smoke sesh.

We’ll see what other surprises Malone has in store Beerbongs & Bentleys drops April 27. Until then, enjoy his full Nashville set below: