“You never learn your lesson, do ya?” 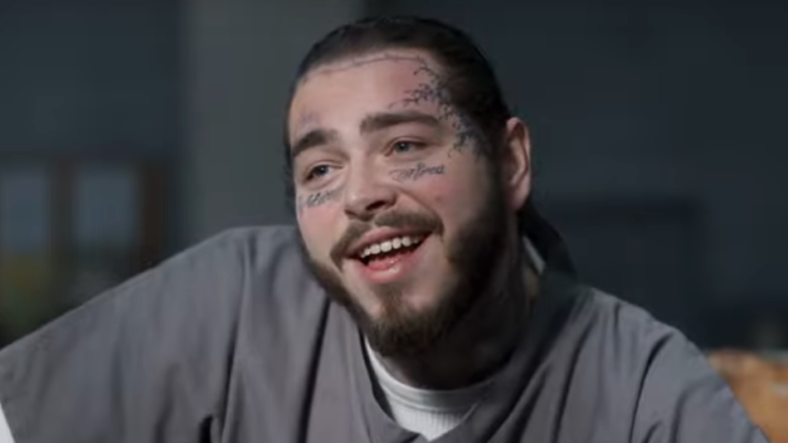 Come for Mark Wahlberg beating the snot out of Post Malone in a prison library, stay for some thick and juicy Boston accents. We get all that and more in the new trailer for Spenser Confidential, Wahlberg’s upcoming Netflix action/comedy flick co-starring Black Panther‘s Winston Duke as his sidekick Hawk, Alan Arkin, comedian Iliza Shlesinger—and yes, chart-topping rapper/singer Malone.

The Netflix production is about Wahlberg as a good cop wronged by a bad system. Here’s the synopsis:

Spenser (Mark Wahlberg) — an ex-cop better known for making trouble than solving it — just got out of prison and is leaving Boston for good. But first he gets roped into helping his old boxing coach and mentor, Henry (Alan Arkin), with a promising amateur.

That’s Hawk (Winston Duke), a brash, no-nonsense MMA fighter convinced he’ll be a tougher opponent than Spenser ever was. When two of Spenser’s former colleagues turn up murdered, he recruits Hawk and his foul-mouthed ex-girlfriend, Cissy (Iliza Shlesinger), to help him investigate and bring the culprits to justice.

As Cissy, Shlesinger actually makes her Boston brogue sound sexy when she’s ripping into Wahlberg’s Spenser with lines like, “You never learn your lesson, do ya?” and “You and your strong moral code.”

At least with Wahlberg on board and the movie having been filmed in Massachusetts, we know we’ll be hearing an authentic Boston sound. Malone is joined in fighting Wahlberg by none other than Donald “Cowboy” Cerrone (who doesn’t seem to fare any better in a fictional fight than he did with Conor McGregor at UFC 246).