“Me and Kurt feel the same, too much pleasure is pain.” 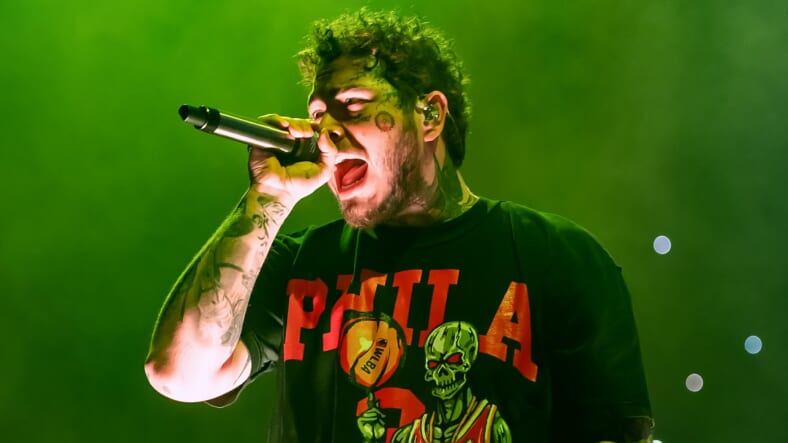 Post Malone broadcasted his enduring love for Nirvana with a livestream tribute concert featuring the “CIrcles” hitmaker playing only covers of the legendary band’s songs.

Malone’s Nirvana tribute livestream happened Friday, April 24 on his YouTube channel. Malone channeled the grunge icons by performing hits including “Come As You Are,” “Heart-Shaped Box,” and “About A Girl” on his guitar, with back-up from former Blink 182 drummer Travis Barker. Watch the livestream video above.

High Snobiety reports that the concert benefitted a the fight against COVID-19.

The concert was held in support of the United Nations Foundation’s COVID-19 Solidarity Response Fund. Fans were able to make donations to the UN Foundation in real-time during the virtual event by using the “DONATE” button on the top right-hand side of the screen. Google.org had pledged to match all donations at a 2:1 rate, up to $5 million, with all proceeds going to the UN Foundation.

Uproxx points out that Malone has been effusive with his love for Nirvana over the years, so the concert wasn’t as surprising as it may seem.

He covered “Lithium” at Coachella (remember music festivals?) in 2016, and he performed “All Apologies” in Boston in 2017. Malone also references Kurt Cobain on “Goodbyes” when he sings, “Me and Kurt feel the same, too much pleasure is pain.”

Additionally, towards the end of last year, a Rich The Kid-featuring Malone song called “Kurt Cobain” found its way online.

The entertainment news site also reports that last month, Malone’s manager Dre London said he and Malone were in “quarantine album mode,” so fans could expect to see new material from the rapper-turned-singer in the coming months.