‘Predator 4’ Just Got a Release Date 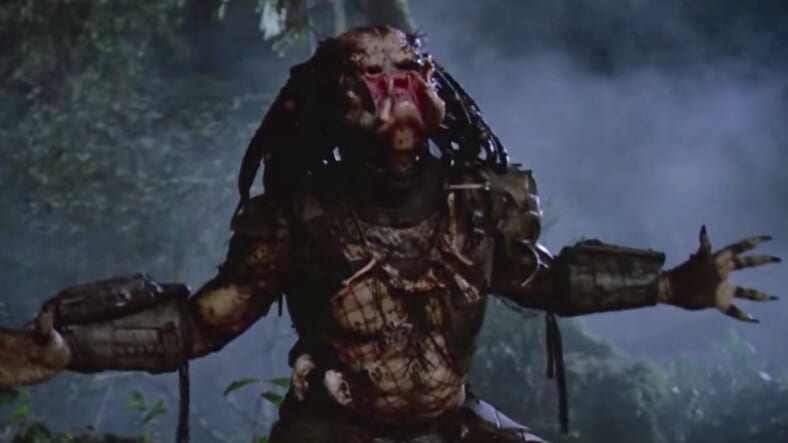 I doubt that when Arnold Schwarzenegger first dueled with that extraterrestrial predator in the Central American jungle, he knew the Predator franchise would have such staying power.

But ET the extra-ugly extraterrestrial will be back for a fourth entry, and a release date was just announced: March 2, 2018.

Details are scanty, perhaps because pre-production is just kicking off. But 20th Century Fox had confirmed that a script has already been written by Shane Black (Iron Man 3) and Fred Dekker. Black is also rumored to be directing.

A teaser poster was released earlier this month:

There are no details on the plot, but we know the death-dealing creature has been through hell and back since the 1987 original. He sparred with Danny Glover and Gary Busey in the 1990 sequel and again in 2010 with Adrien Brody. Oh yeah, and there were those two times where he battled aliens, in Alien vs. Predator and again in Aliens vs. Predator: Requiem.

Even if FOX decides to make this a prequel, we’re pumped to see who the battle-hardened and towering uggo with the killer dreadlocks will fight next.