Benicio Del Toro Is Being Eyed for ‘Predator’ Reboot

Just picture Benicio yelling “Get to the choppa!” 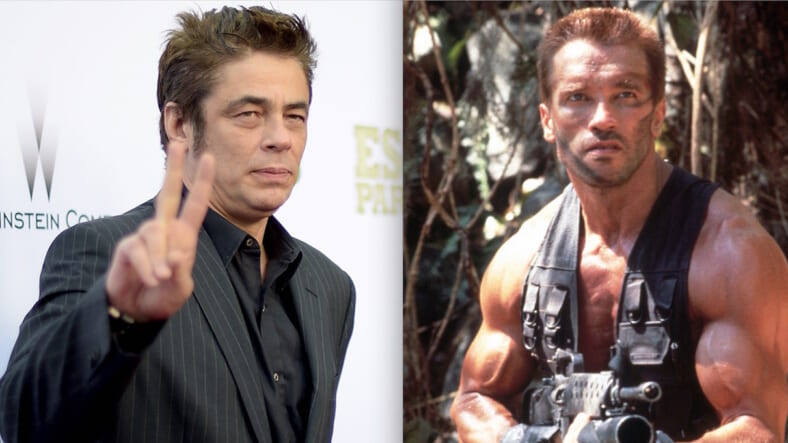 If there’s any other movie tough guy with a vaguely foreign accent we’d want to watch square off with a killer E.T. other than Arnold Schwarzenegger, it just might be Benicio Del Toro.

We may get our wish as Deadline reports our man Benicio is in talks to star in the new Predator movie, which was first billed as Predator 4 but will reportedly be a reboot called The Predator.

It still has not been confirmed which role the 49-year-old Puerto Rico-born Sicario actor will play, but we can only assume he’ll stand in for Ah-nuld, who delivered some of his most iconic lines for the 1987 classic.

Get to the choppaaaa!!!!, for instance.

Benicio may not possess the physical prowess of ’80s-era Schwarzenegger (no man ever will, really), but it’s safe to say his acting chops may put a whole new spin on the action reboot.