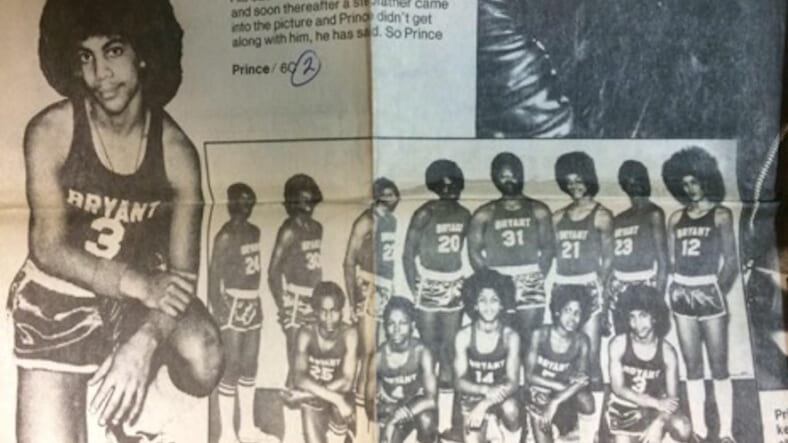 Among the many debts we owe Chapelle Show, perhaps the greatest sketch comedy show of all-time, is its role in revealing that the late, great Prince was a bulldog on the basketball court. You remember the sketch:

Prince vs Charlie Murphy from American Booze on Vimeo.

The lesson Charlie Murphy learned that night, to never judge a book by its cover, has never been more apt. Prince might have been an androgynous waif, only 5-foot-2 and wearing clothes that looked straight out of Liza Minnelli’s Goodwill donation bag, but dude could ball.

Murphy didn’t make this up, either. Prince would later confirm Charlie’s version of events, although he said that he schooled Murphy on the court not because he’s that good, but Murphy’s “just so bad.”

Prince was being modest. Other accounts of his on-court ability tell the same story that Murphy did. The writer Touré played Prince one-on–one while writing the book I Would Die 4 U: Why Prince Became an Icon. His impression? “He moved like a player and played like one of those darting little guys you have to keep your eye on every second.”

That, of course, was an older Prince. As a young man, Prince was “an excellent ball handler [and] a good shooter,” his high school told the Minneapolis Star Tribune.

Prince’s love of the game extended beyond playing it. He was a huge fan too. Here’s an anecdote from a profile in Notorious magazine, unearthed by GQ:

The Artist is a basketball fanatic, so inside the room where his band rehearses every day, a net and backboard are mounted on the wall; he’s known to take on all comers. (Once, during a concert in Montreal, the Chicago Bulls were in game three of the playoffs and he was watching the game from a TV at the side of the stage while he played guitar solos. He had his wardrobe girl draw up big cards and flash the score at him.)

But wait, there’s more! Last year, Prince put on a three-hour concert for the Minnesota Lynx after the team won the WNBA championship. In 1994, he was part of a group that was reportedly trying to buy the Timberwolves. The group included Magic Johnson and Janet Jackson. O

bviously, they weren’t successful but it’s fun to imagine what might have happened if they were. The Minneapolis Blouses would certainly be our favorite NBA team.