Grab your own piece of rock history. 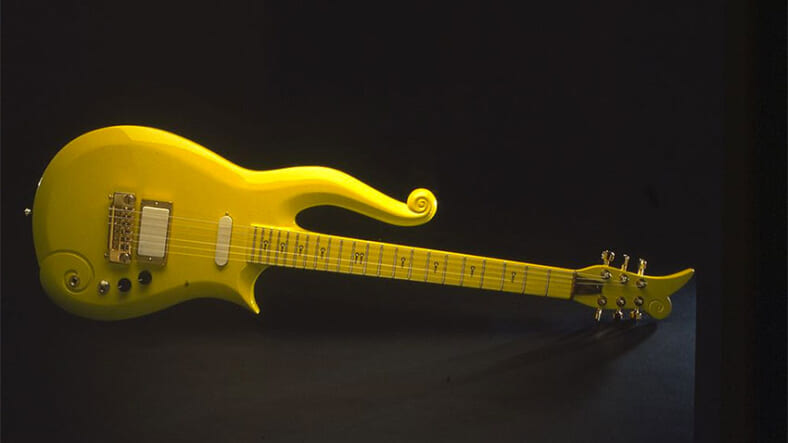 The untimely death of an icon like Prince has — probably inevitably — been followed by a deluge of legit and fake memorabilia being offered for sale or auction. Fortunately, one of the bright, non-fake “Yellow Cloud” guitars the Purple One used between 1988 and 1994 is being offered soon by Heritage Auctions. The starting price will be $30,000.

Heritage’s listing page for the Yellow Cloud offers up a little history from one-time Prince guitar technician Zeke Clark, who writes that this particular instrument was Prince’s “main guitar & used in most of his early videos & touring performances & album recordings.”

“In 1994,” writes Clark, “[Prince] broke the neck of this guitar at a French T.V. show. After returning to U.S.A. I repaired neck & installed the first Floyd Rose set up Prince ever played.”

Based on Clark’s authenticating note for Heritage Auctions, this Yellow Cloud was the second one made for the artist’s use.

The Chicago Tribune reports that current Yellow Cloud owner Richard Lecce bought the instrument a year ago from the same house. “I’ve been a Prince fan since I was a little kid,” Lecce told the Chicago paper, “and that guitar always stuck out to me because it was super cool and stylish.”

Bidding on this historic guitar begins June 6, 2016 and lasts through approximately June 24. It’s sad it will happen under these circumstances, but we’re sure the current owner will see a major return on his investment.

Watch Prince and one of the Yellow Cloud line of guitars in his legendary performance of “Gett Off” at the 1991 MTV Music Awards.