Priyanka Chopra Will Play the Sexy Villain in the ‘Baywatch’ Movie

The Quantico actress is the latest addition to the star-studded cast. 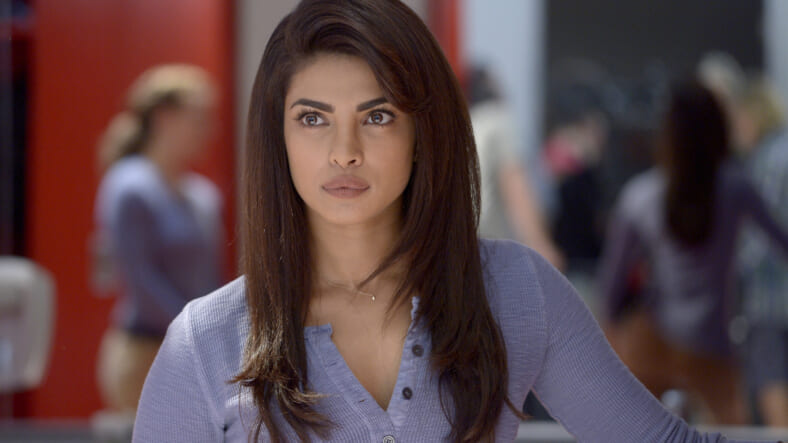 The latest casting news for the Baywatch movie will make you want take a celebratory splash in the ocean: Quantico‘s Priyanka Chopra has signed on, joining Dwayne “The Rock” Johnson, Zach Efron, Alexandria Daddario, and Hannibal Buress.

As have so many announcements of public interest of late, the news came way of the Rock’s Instagram account, where he posted a video of himself and the windswept actress. “She’s one of the biggest stars in the world. Insanely talented, relentlessly smokin’ and extremely dangerous,” he wrote in the caption. “Cue RATED R slo-mo running on the beach.”

Chopra will be playing the main villain, oil tycoon Victoria Leeds. Baywatch the movie opens on May 17, 2017.