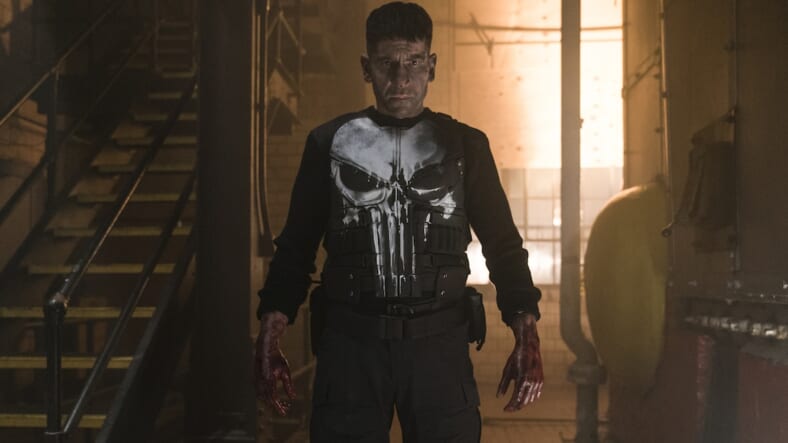 The Punisher wasn’t the smash success Netflix or Marvel intended; its first season debuted to mixed results, and there was controversy about all the graphic violence it piled on.

Frank Castle will get a second shot. Netflix just renewed The Punisher for a second season, which could give it some time to iron out its kinks… and audiences some more time to adjust to such a gruesome series.

Despite scoring a mere 61% approval rating on Rotten Tomatoes, critics said Jon Berthal’s anguished performance as a former marine on the lam deserves to be seen.

“Bernthal’s performance somehow finds energy in Frank’s pain—there aren’t too many actors who could make a character with such a one-note emotional range feel compelling,” wrote The Atlantic in a largely negative review.

“It’s a fascinating indictment of the American government, which, the show argues, trains young men as killers and then casts them aside,” wrote the same Atlantic reviewer.

“Without reliable institutions to believe in, The Punisher suggests, people create their own, and the series emphasizes that nothing should be beyond scrutiny.”

Still, there was considerable controversy surrounding the show’s titular lone wolf assailant, particularly after two of the largest mass shooting in US history. A planned panel for the show at New York Comic-Con was even cancelled in the aftermath of the Las Vegas tragedy.

Despite its controversies, Netflix’s decision to renew The Punisher for a second season speaks to the platform’s commitment to bold storytelling… and not pulling any punches.