Rap’s biggest beef is boiling over. 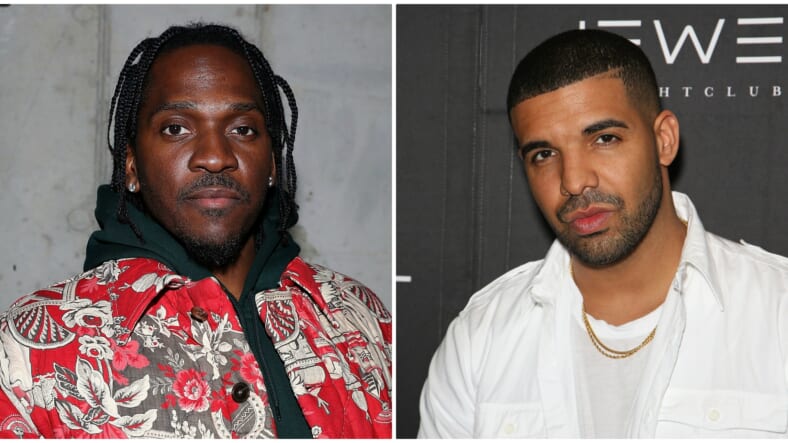 By now, you’ve probably heard of the beef between Drake and the rapper Pusha T, as it’s been going on for a while now.

Now, things got even more heated between the rap rivals when police had to shut down Pusha’s concert at the Danforth Music Hall in Toronto, a.k.a. Drake’s hometown, when a wild brawl erupted after Drake fans threw beer and tried to attack Pusha on stage. Watch it here:

3 guys rushed the stage and tried to jump Pusha T. Pusha's boys quickly stopped and beat those guys down and then as the guys who were trying to rush Pusha ran away got beat by the crowd as well. 10 mins later cops came and stopped the show.

So my boy went to the Pusha T concert and 3 dudes tried to rush this man on stage and ended the show 😂 Toronto is Mawd pic.twitter.com/bqFTnm4lDz

After security broke up the brawl, Pusha came back and continued his show, performing his Drake diss track “The Story of Adidon,” and then proceeded to accuse Drake of orchestrating the melee by paying fans to throw beer at him.

Pusha T has a message for Drake in Toronto after Drake’s goons try to jump Pusha T on stage 😱 pic.twitter.com/VjEu1Lwgrr

According to Complex, Drake may or may not have purchased 200 tickets to create the melee. Seems excessive for a man as successful and busy as Drake to do, but okay.

Anyway, shortly after Pusha came back on stage, the concert was shut down by police. The Toronto Sun reports that at least five people were hospitalized after the attack, with one person in critical condition with a stab wound. Yikes.

Pusha T returned after the brawl to perform "I Don't Like" and "The Story of Adidon" while blaming Drake for the disturbance.

Sources say people in Drake's camp may have bought 200 tickets to the show in order to cause a scene: https://t.co/Ht9jSEFYS8https://t.co/bHYWeaV2ci

As always, Twitter had some thoughts on the whole feud.

Drake watching Pusha T get jumped from the rafters pic.twitter.com/ENd3eGVVzM

Drake’s Canadian goons pulled up to the Pusha T concert in Toronto like pic.twitter.com/cMlczzXSXn