Put your earbuds in for this one. 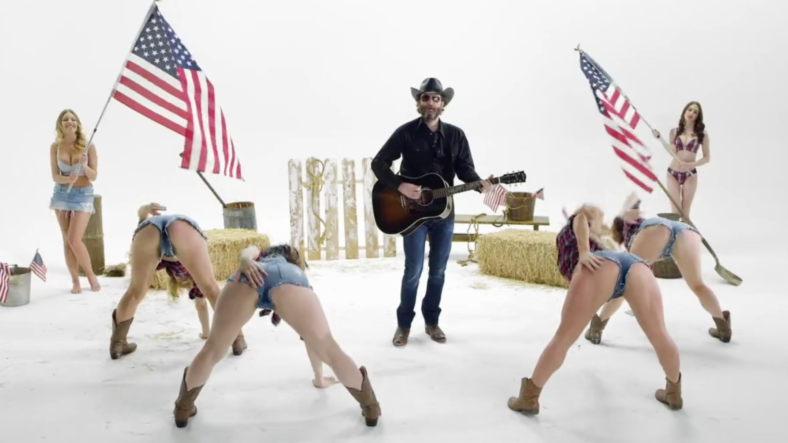 If you haven’t heard of Wheeler Walker Jr., then you should know he doesn’t give two shits about anything other than writing and performing totally uncensored country music.

And as you’ll see in the video above for “Puss in Boots,” the latest release from his forthcoming album, this is anything but the cliche-ridden “bro country” you’ll hear Florida Georgia Line belting on pop radio.

Wheeler croons about how he likes his women—topless, in boots, and doing a honky-tonk dance. Who doesn’t like that?

He first album, Redneck Shit, debuted at Number 9 on the Billboard Charts last year despite having no support from a record company.

If you dig his unapologetic lyrics and solid country jams to their roots, then we highly recommend picking up Redneck Shit to get acquainted with Wheeler before his sophomore effort, Ol’ Wheeler, drops June 2.