Danny Evans blew away his competition by cleverly editing himself into Lizz’s own video. 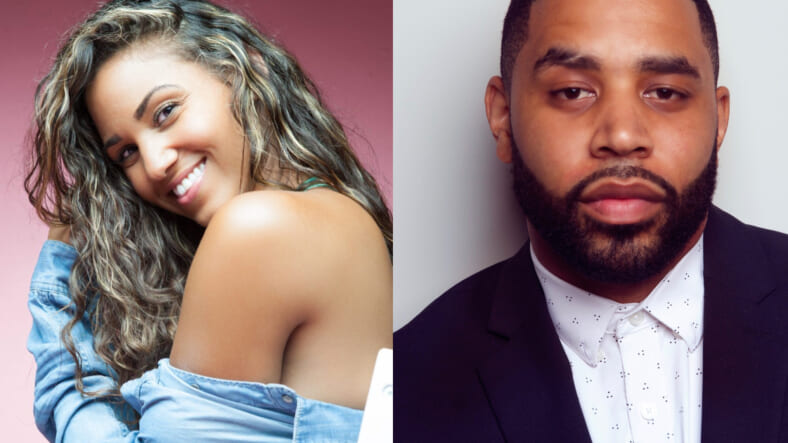 Lizz—who won Miss Congeniality in the 2014 pageant as well—is currently a marketing consultant, model, and actress. She co-directs the Frank Adams 5K Walk/Run in honor of her late father and is also the co-founder for the K.I.D.S. Empowerment summer camp held in Minnesota.

Shavon was up first in the Approach phase when contestants make their play for the Crush’s attention. He presented a short video of himself weightlifting in the gym to show that he’s a hard worker. Shavon followed that with a virtual “golden ticket” that he loaded with perks. Lizz gave him a 7.0.

Next up was De’Corio. In his own video, he shared his vision of being Lizz’s new bae, but he tied with Shavon with another 7.0.

Danny cleverly created a skit based on one of Lizz’s very own acting reels found on her Youtube channel. He smoothly edited in footage of himself with her on a date. Danny’s creativity, cleverness, and skill earned him a 9.3, making him the runaway winner.

Episode 9 was not without surprises: Danny, who is also an actor and director from Atlanta, confessed at the end that he had actually met Lizz some time ago during a photoshoot. Everyone was excited about Danny’s new opportunity to connect with Lizz.

Danny’s skills with video were no surprise, given he has been an entrepreneur for 10 years with his eyes fixed on success in the movie industry.

Quartship is broadcast live weekly across Maxim’s Youtube and Facebook channels. Tune in to the next episode streaming on Thursday at 9 pm EST for more good vibes, fun, and a chance to witness old school charm live with a new lineup of talented contestants on Quartship!