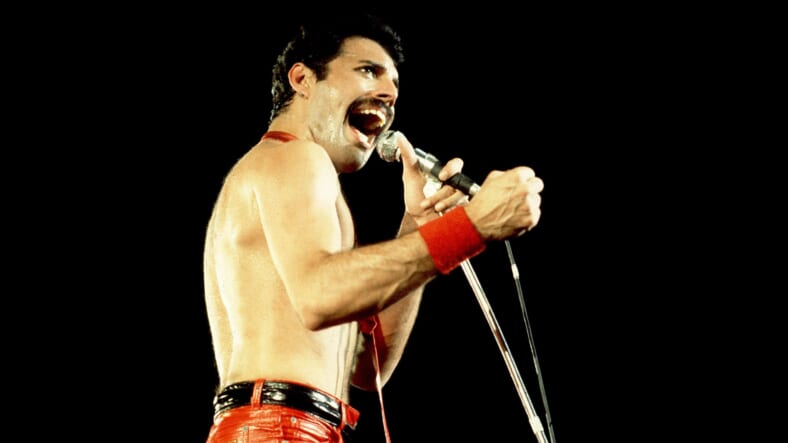 After years of rumors and speculation, Queen announced via their website that the Freddie Mercury biopic Bohemian Rhapsody is “finally happening.”

“The film is now ‘as-close-as-that’ to start of shooting,” the band wrote. “Pre-production begins next week in the UK to prepare for start of principal photography in around London as soon as mid-September.”

The legendary rockers again confirmed that Mr. Robot actor Rami Malek will play Mercury. Original Queen members Brian May and Roger Taylor—who will serve as the film’s executive music producers—expressed their enthusiasm about the lead actor.

“Rami has great presence and he’s utterly dedicated to the project. ” Taylor and May told Queen online. “He’s completely living and breathing Freddie already, which is wonderful.”

It was also revealed that X-Men director Bryan Singer has been tapped to “bring the Queen and Freddie story alive.”

“[Bryan Singer is] a perfect choice to recreate the fabulous Queen years which brought us such unforgettable moments as Live Aid, which we can reveal will be faithfully recreated for a key sequence the film.”

As for who will play the other members, the band promised that information is forthcoming and also hinted that fans may have an opportunity to play extras if they “fancy being in the film.”