“Bruce Lee was kind of an arrogant guy.” 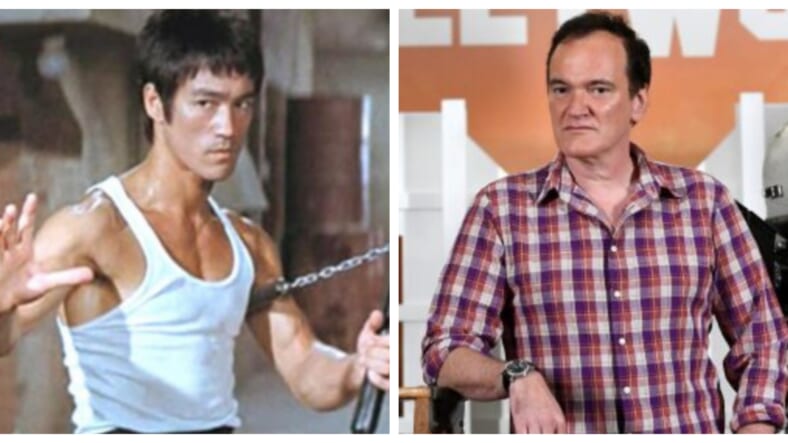 Bruce Lee’s daughter Shannon did not like Quentin Tarantino’s portrayal of her father in Once Upon a Time in Hollywood, saying he came across as “arrogant” and “full of hot air.”

As far as Tarantino is concerned, however, he was basing his trash-talking and posturing version of the late martial arts master and action star on reality.

Tarantino defended his version of Lee (played by Mike Moh) at a press conference held in Moscow.

“Bruce Lee was kind of an arrogant guy,” Tarantino said. “The way he was talking, I didn’t just make a lot of that up. I heard him say things like that, to that effect.”

“If people are saying, ‘Well he never said he could beat up Muhammad Ali,’” Tarantino continued, “well yeah, he did. Not only did he say that, but his wife, Linda Lee, said that in her first biography I ever read. She absolutely said that.”

And anyway, Tarantino concluded, “The reality of the situation is this: Cliff is a Green Beret. He has killed many men in WWII in hand-to-hand combat. What Bruce Lee is talking about in the whole thing is that he admires warriors. He admires combat, and boxing is a closer approximation of combat as a sport. Cliff is not part of the sport that is like combat, he is a warrior. He is a combat person.”

Well, okay then. Tarantino ultimately made his point by saying that if “Cliff were fighting Bruce Lee in a martial arts tournament in Madison Square Garden, Bruce would kill him,” but in a wartime situation, Cliff Booth would definitely come out on top.

The director has been making plenty of news on his Once Upon a Time promotional tour, including a wholly different statement regarding what his tenth and final movie might be about. From The Independent:

Speaking to an international press outlet during the Once Upon a Time in Hollywood promotional tour, Tarantino said: “If I come up with a terrific horror film story, I will do that as my tenth movie. I love horror movies. I would love to do a horror film.”The Academy Award winner has previously covered genres ranging from neo-noir crime thriller with Reservoir Dogs to martial arts with Kill Bill and revisionist western with Django Unchained.

Tarantino plus horror equals butts in the seats for sure. But whatever he does, whether it’s Star Trek or horror, his next move will certainly get plenty of attention.

Tags: Bruce Lee Controversy Entertainment Once Upon A Time In Hollywood Quentin Tarantino