“I just reject your hypothesis.” 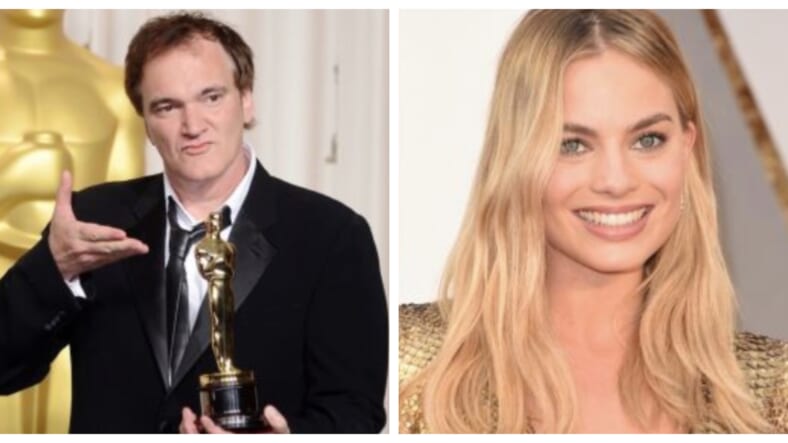 Say what you will about Quentin Tarantino: He doesn’t really give a damn about offending people. The most recent example is his terse but pointed answer to a reporter’s contentious question regarding the size of Margot Robbie‘s role in the film following the premiere of his Once Upon a Time … in Hollywood at Cannes.

For some context—Margot Robbie is no wilting flower. As the journalist who asked the offending question illustrated, she’s got filmmaking clout to spare, and she surely would’ve been vocal about it had she had an issue with the way Tarantino handled her turn as the doomed Sharon Tate.

So there was objectively a little presumptuousness in the questioner asking the director, “why that was that we don’t … actually hear her speaking very much?”

Tarantino’s answer doesn’t seem all that unreasonable in this particular situation. “Well, I just reject your hypothesis.”

In other words, ‘where are you even coming from with this?’

Robbie followed up. “I got a lot of time to explore the character even without speaking. Rarely do I get to spend so much time on my own as a character. That was actually an interesting thing for me to do as an actor.”

Online reactions to the exchange have been all over the place.

I watched the video clip of Tarantino responding to question about Robbie not having much lines and he wasn’t as upset or outraged as many outlets are saying. The question should stand on its own without folks making ish up.

Personally, I saw it as Tarantino assuming that the journalist’s hypothesis is that Margot Robbie’s character had less lines because she’s a woman.

And he is rejecting that hypothesis.

I want everyone to click on this clickbait to see how Quentin did NOT lose temper.. at all. Not even a tad.

Quentin Tarantino Loses Temper at ‘Once Upon a Time’ Press Conference – Variety https://t.co/bQryNaCM8y

Amazing. Clearly the reporter was attempting to accuse Tarantino of deliberately writing a weak female character and he shuts her down, rightly so. This man wrote Kill Bill, and Jackie Brown remember?

Can we just stop for a moment to praise Margot Robbie for remaining professional and answering the reporter’s question. What could have been an interesting discussion of female characters in Tarantino films ended up with the director sulking because he didn’t like the question https://t.co/r8M5dBGpG2

A couple of things are true here. Quentin Tarantino has written some of the most empowered female characters in film, as various Twitter users pointed out. Jackie Brown, Kill Bill (in a huge way), even the women in Pulp Fiction are three-dimensional, complicated, and far from objectified dolls.

But Tarantino also, probably out of sheer irritation (and he looked irritated more than “outraged”), did miss an opportunity to throw these things in the reporter’s face. It did kind of smack of someone attempting to gin up a controversy based on a faulty premise—especially considering the reaction to the movie so far has been almost universally positive, with some critics calling it the director’s crowning achievement.

In the end, the real winner was Margot Robbie. She handled the awkward moment with masterful aplomb and with an economy of words.

We’ll see just how she embodies Sharon Tate when Once Upon a Time … in Hollywood is in theaters everywhere on July 26.