Tarantino, Michael Bay and Wes Anderson all got spoofed with these mouthwatering clips. 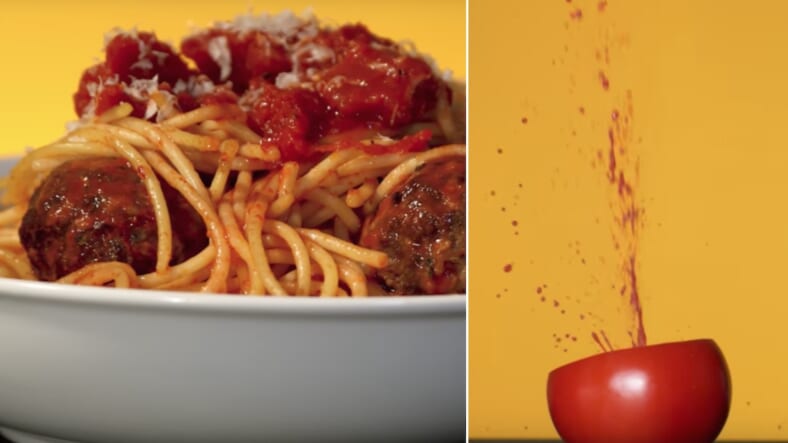 “Food artist” David Ma has been cooking up something good with his “Food Films” series, which imagines what it’d be like if your favorite directors were chefs instead.

Take Quentin Tarantino, for instance. If the auteur couldn’t channel his hunger for blood splatter and mayhem into filmmaking, he’d make the meanest, sauciest bowl of spaghetti and meatballs you could ever imagine.

Sliced tomatoes would spray juice like severed heads in Kill Bill, and raw meat would be pounded with the fury of the Bear Jew bashing Nazi brains in Inglourious Basterds. Just check out the oddly watchable video above to see what I mean.

Tarantino’s style is distinctive…to say the least. For a crash course in all his cinematic genius, watch this video rundown of his trademark camerawork.

Peep the rest of the directors spoofed by the “Food Films” series here: