Quentin Tarantino Might Be Making a ‘Star Trek’ Movie, Which Sounds Logical to Us 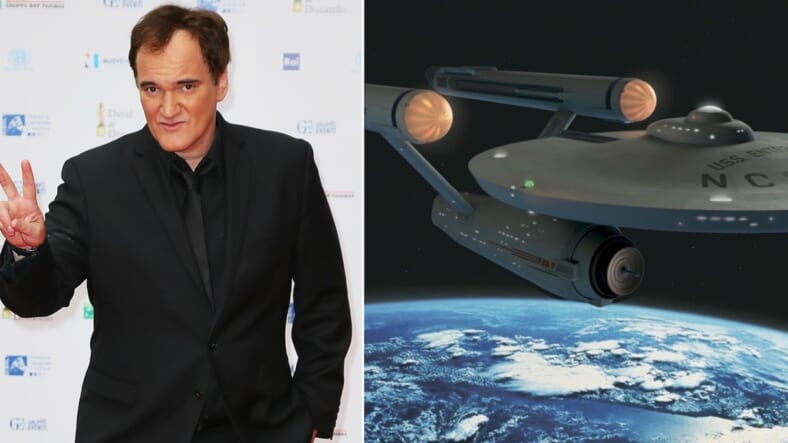 Quentin Tarantino is boldly going where a lot of men have gone before. The Pulp Fiction and Inglorious Basterds mastermind is attempting to create a Star Trek movie.

Deadline reports that Tarantino will bring together a writers’ room to work out an idea for a new movie. If they can agree on something good, Tarantino would potentially direct the movie while JJ Abrams would produce it.

JJ Abrams is currently in production on Star Wars: Episode IX so he’d be doubling up on his galactic franchises.

The news may seem highly illogical, but Tarantino previously stated his interest on a Nerdist podcast:

“Where I actually think it could be cool — ’cause some of those episodes are fantastic, and the only thing that limited them was their sixties budget and eight days shooting schedule, and even having said that they did a magnificent job — but you could take some of the great, classic Star Trek episodes and just easily expand them to 90 minutes or more and really do some really amazing, amazing stuff.”

The deranged director is hard at work. Sony just acquired the rights to his untitled ninth movie, about a rising TV actor in 1969 Los Angeles. The Manson Murders will figure in the plot somehow, but Tarantino has stated it won’t be a Charles Manson biopic.

If he directed a Star Trek movie, it’d be his first working inside someone else’s fictional universe on a movie. He previously directed two episodes of CSI and one of ER so he’s not completely wet behind the ears.

Beam us up, Quentin!