Quentin Tarantino’s Next Movie Will Be About the Manson Murders, And Damn We Can’t Wait

It will be his second to last film. 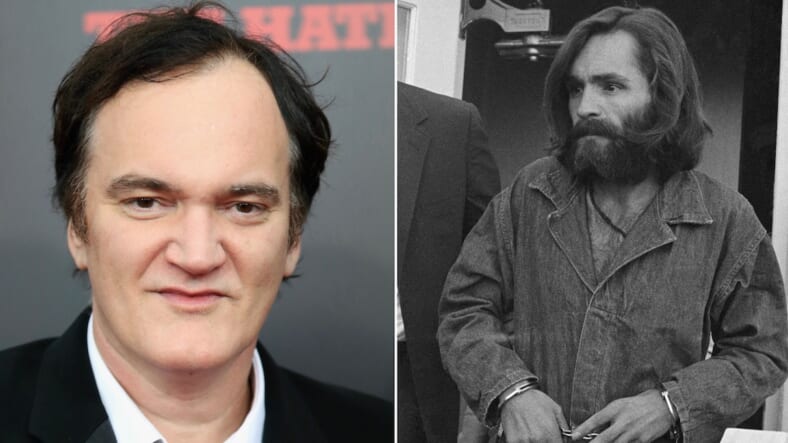 Quentin Tarantino famously said he will retire from filmmaking after his 10th film, meaning he’s potentially only got two left in him. So they better be good.

“Sources” close to Tarantino have blabbed to The Hollywood Reporter the details of his upcoming penultimate film. Still untitled, the film will center on the Manson Family and their notorious California killing spree in the late 1960s.

Details on the script are hush-hush, and sources claim Tarantino is currently putting on the finishing touches.

At least one story is said to focus on Sharon Tate, the glamorous actress wife of director Roman Polanski who was murdered along with four friends by the Manson Family in 1969.

Tate was eight months pregnant at the time, and details of her murder were meticulously reported in the press. Still, we can never know if Tarantino will pull an Inglourious Basterds and reinvent history.

Brad Pitt and Jennifer Lawrence have been approached. Pitt would be an outstanding choice for the role of Charles Manson while Lawrence is reportedly not considering playing Sharon Tate.

We would love to see her play one of Manson’s crazed disciples, like Susan Atkins, Linda Kasabian or Patricia Krenwinkel. It would be a daring choice for the typically likable Oscar winner.

The film plans to shoot in the summer of 2018, but no release date has been confirmed.