Listen to both songs and decide for yourself. 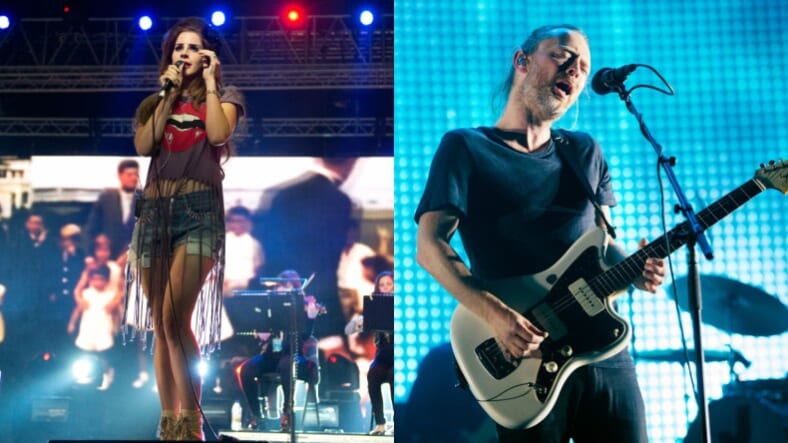 Lana Del Rey is being sued by Radiohead for allegedly ripping off their breakout 1992 hit, “Creep.”

Del Rey tweeted Sunday that the mopey British rock band’s lawyers have been “relentless” in bringing a copyright infringement lawsuit against her Lust For Life track, “Get Free.”

“Although I know my song wasn’t inspired by Creep, Radiohead feel it was and want 100% of the publishing,” she wrote. “I offered up to 40 over the last few months but they will only accept 100.”

But just how alike do they sound? Compare the two songs below:

Ironically, Radiohead was sued for their classic Pablo Honey track for plagiarizing The Hollies’ “The Air That I Breathe.”

…A pair of songwriters, Albert Hammond and Mike Hazlewood, noticed that it bore more than a few similarities to a song called “The Air That I Breathe” that they had composed for The Hollies two decades earlier.

Hammond and Hazlewood sued, and Radiohead agreed to give them co-writing credits.