They call themselves Prophets of Rage. 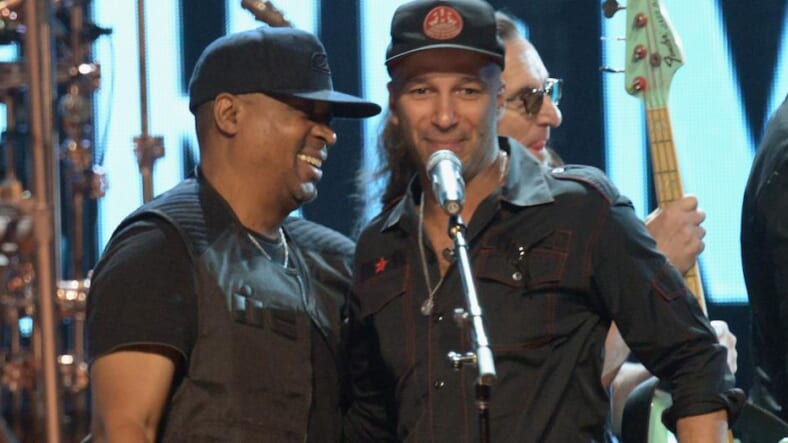 Rap metal legends Rage Against the Machine are coming back—minus singer Zack de la Rocha—and they’re bringing Public Enemy’s Chuck D and B-Real of Cypress Hill with them. According to Billboard, this hip-hop/riff rock supergroup will be called Prophets of Rage, and they mean to “#TakeThePowerBack.”

The news would seem to dampen any hope of an actual Rage Against the Machine reunion that was rumored this week. Here are the latest details:

Sources tell Billboard that three-quarters of the storied band — guitarist Tom Morello, bassist Tim Commerford and drummer Brad Wilk — are joining forces with Public Enemy’s Chuck D and Cypress Hill’s B-Real to form a supergroup called Prophets of Rage (referencing a Public Enemy song of the same name from the 1988 album It Takes a Nation of Millions to Hold Us Back) to perform songs by all three bands.

Rage vocalist Zack de la Rocha is not involved. The band’s debut is set for Hollywood Palladium on June 3, with a show at L.A.’s Whisky a Go Go planned as well. A 2016 summer tour is also being considered. Prophets of Rage will take the stage for the first time on June 3rd, according to multiple sources, and laying down past tracks from the Rage, Public Enemy, and Cypress Hill catalogs. Rage Against the Machine’s full lineup has not performed since a July 2011 show at L.A. Rising fest.

Worth noting: With election season ramping up, these self-anointed prophets should have plenty of rage to pull from.

We can hardly wait.