Are we about to witness another epic reunion? 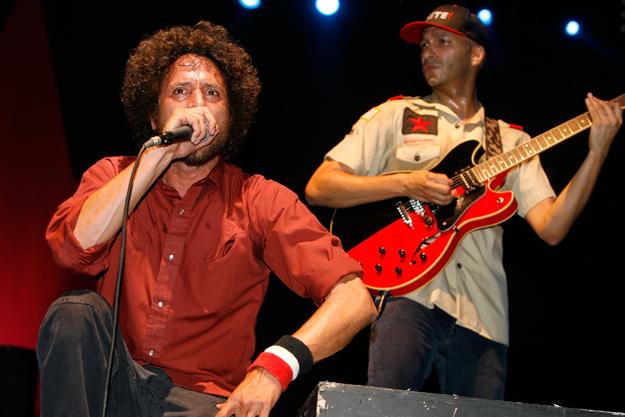 The leftist rock revolutionaries we all know as Rage Against the Machine are causing a commotion in their hometown of Los Angeles and on the web by launching a mysterious countdown clock, called Prophets of Rage.

Flyers bearing the words “Clear the Way for the Prophets of Rage” have been popping up all over L.A., and on social media they’ve gotten #TakeThePowerBack trending. They’ve also reportedly launched a countdown clock at prophetsofrage.com that expires on June 1, but the page is currently down, probably due to heavy traffic.

Of course, this all of this intentional ambiguity leaves all of us begging for an answer to one question: what the hell are these guys up to?

At the very least, we can assume that we’re getting a summer reunion tour from the ’90s stalwarts who called it quits in 2000. But when you take into consideration that in just six short months we will be electing a new president into office and that RATM has historically been very critical of our political system, we also don’t think it’s too much of a stretch to think that they’ve found inspiration to create new music.

Rage Against The Machine – Bulls On Parade – Live At Finsbury Park, Lond… https://t.co/JB3o9KaupZ via @YouTube

But even if it turns out to be some sort of reunion tour, there may be something special in the works. “Prophets of Rage” references the Public Enemy song of the same name, and P.E. rapper Chuck D recently tweeted a link to a live performance of “Bulls on Parade.”

Most notably, there appears to be five silhouettes on those posters, which suggests that whatever they’re hyping up, an additional performer is going to be in the mix.

All we can really do at this point is speculate, but if that countdown clock is any indicator, we won’t be waiting much longer.