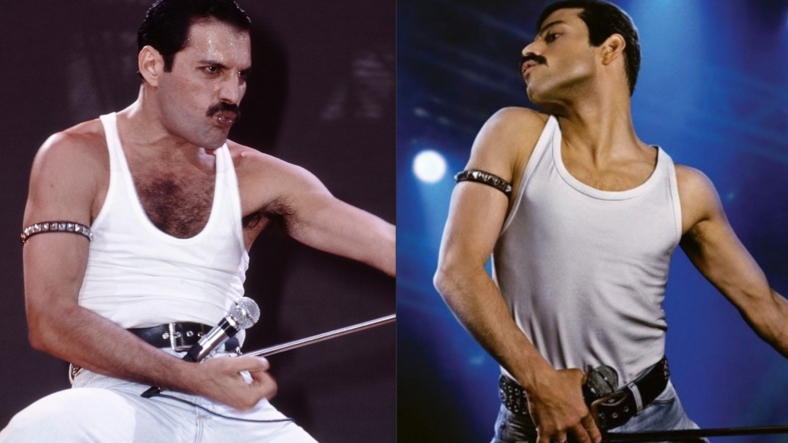 Earlier this year, the founding members of Queen confirmed that the long-awaited Freddie Mercury biopic is officially in the works and announced Mr. Robot star Rami Malek would play the legendary singer in Bohemian Rhapsody.

On what would have been singer’s 71st birthday, a photo was released of Malek as Mercury. It’s clear to see that he’s a dead ringer for the golden-voiced rock god.

Speaking to Entertainment Weekly, Malek said that his resemblance to the man “only adds to the level of confidence that one would need to play Freddie Mercury.”

The photo pays homage to Queen’s momentous performance at the 1985 Live Aid Concert.

The film’s director, Brian Singer (X-Men: Apocalypse), told Queen Online in July that the concert will be “faithfully recreated for a key sequence the film.” Based on the photo alone, we believe him.

Malek has indubitably got the look nailed down. As for replicating the lauded vocalist’s incredible four-octave range and crystal-clear tone, he says he’s working hard at that, too.

We’ve got high hopes for Bohemian Rhapsody, but there’s a lot to be done before it’s slated to premiere in December of 2018. Stay tuned for more info.