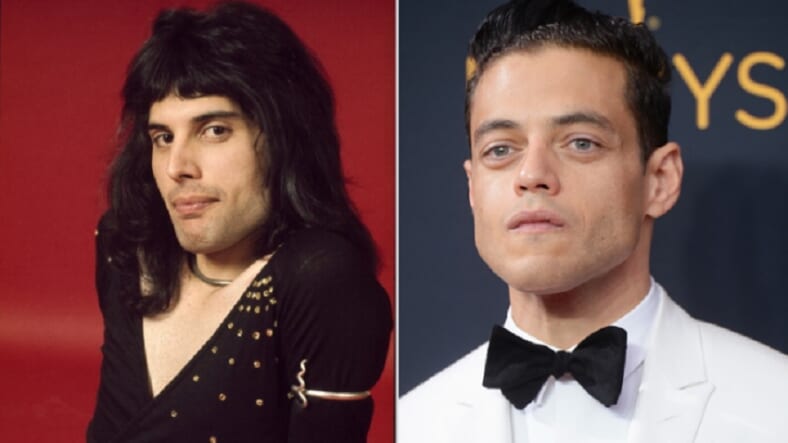 The Freddie Mercury biopic Bohemian Rhapsody has been on a long and winding journey. At first actor and comedian Sacha Baron Cohen was attached to play the charismatic lead singer of Queen, but he had a falling out with guitarist Brian May. Now it looks as though Emmy-winning Mr. Robot star Rami Malek will be taking on Mercury’s life story, reports Deadline.

X-Men director Bryan Singer, who looks likely to helm the project, used Instagram to break the news of Malek’s involvement.

As Deadline notes, this isn’t an independent project—members of Queen are fully involved:

Fox and New Regency have stepped up for the joint project in the latest maneuver for a movie that has been in development with [producer Graham] King for eight years. The most recent script, which focuses on the band and its iconic lead singer, is from The Theory of Everything scribe Anthony McCarten. King and Jim Beach are producers, and Denis O’Sullivan is exec producer. Original Queen bandmembers Brian May and Roger Taylor will serve as music producers. It’s being eyed to shoot early next year.

The tall, deep-voiced Cohen always seemed like an odd fit for Mercury, but Malek’s intensity, so well-displayed in every moment he’s on-screen in Mr. Robot, seems like a perfect fit.

He’s got an Emmy, so it’s easy to wonder if this won’t be Malek’s bid for an Oscar, if everything goes off as planned.