St. Louis Fans Sent a Smelly Surprise to the Owner of the Rams for Moving the Team 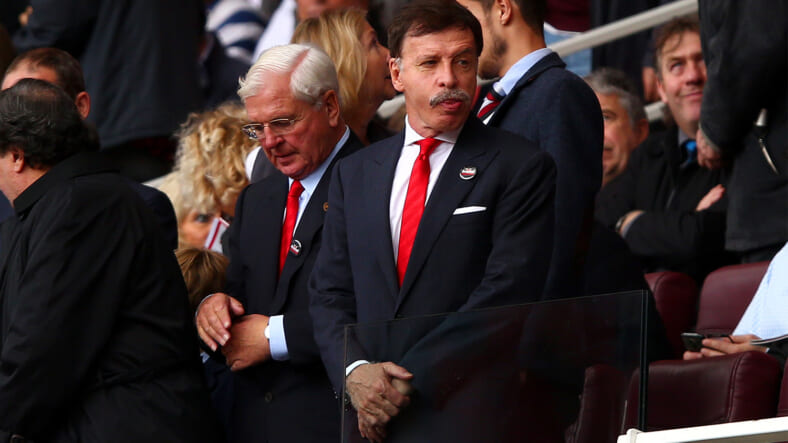 If there’s one word that best captures the mood in St Louis after Tuesday’s announcement that the Rams are moving back to L.A., it’s shitty. And no one feels shittier than local radio host Kelly Manno, who took up a collection from other cheesed-off Rams fans and sent a pile of animal excrement to team owner Stan Kroenke. From the looks of the photos Manno uploaded on Tuesday, it was $250 well spent.

Rams fans….the cow shit has been packaged to send to Kroenke. We raised enough money for 26 orders. Enough to cause a…

The beautifully packaged pile of poo was purchased from ipoopyou.com (a real website) and was the biggest order the site ever fulfilled. According to The Riverfront Times, this is a “‘poop cocktail’ — a mix of all the nastiest stuff in the company’s possession.”

In some ways, a box of shit is too nice a gift for the revolting Kroenke, easily the most hated man in St. Louis. It’s not just that he packed up the city’s NFL franchise, but that he ignored all of its efforts to keep the Rams around. Unlike the Oakland Raiders and San Diego Chargers, who are also considering changing zip codes, the Rams had a local government willing to build a shiny new stadium for the team. But Kroenke never cared. He just wanted out of a city that, he wrote in his application for relation, “lags, and will continue to lag, far behind in the economic drivers that are necessary for sustained success of an NFL franchise.”

As a farewell middle finger, Kroenke also argued that if another NFL team takes St Louis up on it stadium offer, they will be making a massive mistake. “Any NFL Club that signs on to this proposal in St. Louis will be well on the road to financial ruin, and the League will be harmed,” the application says.

Moving a city’s NFL team is one thing, but attempting to convince other teams to stay away is just despicable. It almost makes your want to send Kroenke a handful of cow crap.