A crew of decorated combat veterans have made the most twisted zombie film of all time. 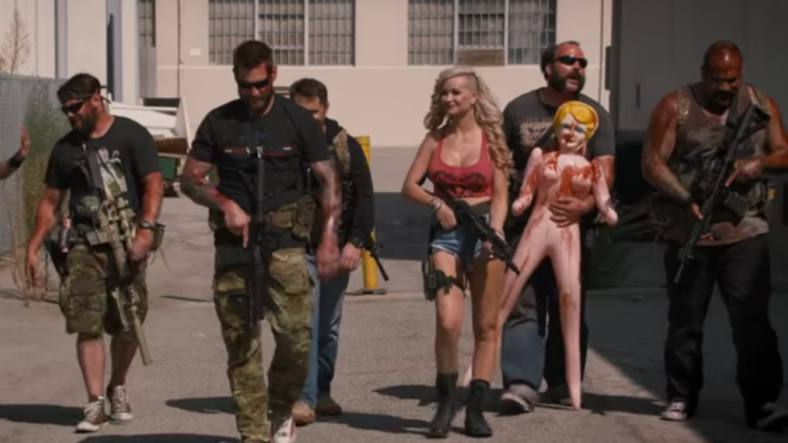 There have been countless films about war and people returning from war. But what happens when a group of men and women who’ve actually participated in war take a stab at it? In this case, they make the direct antithesis of every Hollywood war movie ever made.

The film is Range 15–a zombie apocalypse spoof produced by and starring the guys behind Ranger Up and Article 15, two wildly popular (and competing) military apparel companies that joined forces for the project. The mission: to make a film so perverse that it will inspire viewers to “never thank another veteran for their service ever again,” as one of the filmmakers told Maxim.

To accomplish that  mission, the filmmakers essentially treated the script like a behind-the-scenes look at the way soldiers behave when they’re at war, which means it’s steeped in political incorrectness and gallows humor. Put it this way: If you’ve ever served in, say, an infantry platoon, prepare to laugh your ass off. If you’ve ever attended a PETA protest and/or enjoy the smell of patchouli, prepare to hate the shit out of this film.

Range 15 has been dubbed the first ever “for veterans, by veterans” film, and for good reason. It stars just about every famous vet to emerge from the battlefields of Iraq and Afghanistan, including two Medal of Honor recipients, Marcus Luttrell (the ex-Navy SEAL played by Mark Wahlberg in Lone Survivor), and UFC’s Tim Kennedy, among many others. In fact, vets account for about 90 percent of the cast, and most of the crew.

Funded almost entirely by donations (mostly from current and former service members), Range 15 has so far raised over $1 million on Indiegogo, making it the fourth largest campaign ever. When filmmaker Mat Best debuted the trailer on his Facebook page on Tuesday, he wrote that the goal was to “show how powerful the Veteran Community can be when we work together.” It’s already been viewed nearly three million times.

But we’ll say no more, for now. The full story behind this incredible project can be found in Maxim’s upcoming March issue, while the film itself is due to hit the festival circuit in May. In the meantime, here’s the highly-anticipated trailer: