“While governments wait for orders, our people take action.” 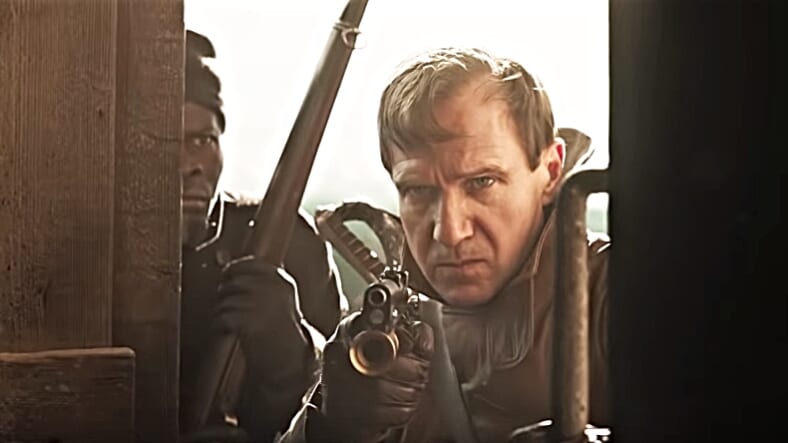 Kingsman: The Secret Service prequel The King’s Man is out with a new trailer and this time we’re getting a look at just why the top-secret “independent intelligence agency” was necessary—to get the job done, no matter what. As Ralph Fiennes says in a voiceover, “While governments wait for orders, our people take action.”

The story involves Rasputin, the mad monk who held sway over the Russian royal family, and it’s metal enough to merit Black Sabbath‘s “War Pigs” on the soundtrack, appropriately enough.

The King’s Man stars Ralph Fiennes, playing a good guy for once. He’s the Duke of Oxford and his recruit into the agency is Conrad (Harris Dickinson), a war hero from the First World War who apparently didn’t get enough fighting on the killing fields of France.

Conrad is trained by Shola (Djimon Hounsou) and his other fellow agent is Polly—played by Gemma Arterton—and it looks like they’re ultimately facing off against Rasputin, who in this fictional world isn’t just a master manipulator but one hell of a swordsman, too.

But Rasputin isn’t alone. Other bad guys are looking to fill the post-war power vacuum as well, according to the synopsis:

One man must race against time to stop history’s worst tyrants and criminal masterminds as they get together to plot a war that could wipe out millions of people and destroy humanity.

Kingsman: The Secret Service and Kingsman: The Golden Circle director Matthew Vaughn is returning for this prequel and it already looks like it promises to kick as much ass in the high-definition, seemingly one-shot combat scenes that made the earlier movies so much fun in theaters.