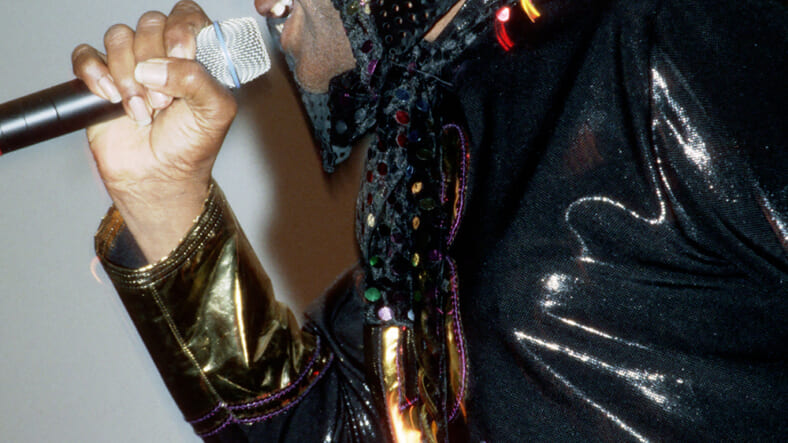 Clarence Reid, the X-rated party rapper known as Blowfly whose hilariously raunchy rhymes made him a beloved cult figure in hip-hop, died Sunday after a battle with terminal liver cancer. He was 76.

Reid’s alter-ego Blowfly performed in a sequined superhero costume and was hailed as an inspiration by the likes of Public Enemy’s Chuck D, Ice T, Flea from the Red Hot Chili Peppers, El-P from Run the Jewels, DJ Quik and Biz Markie. He died just days after checking into a Florida hospice care facility.

Clarence Reid, the genius known both by his given name and as Blowfly, the Master of Class, passed peacefully today,…

Considered one of the first rappers, Reid’s signature songs included ‘Rap Dirty’, ‘Shake Your Ass’, and the parody ‘Shitting on the Dock of the Bay.’ He released the first of 25 albums as Blowfly with 1971’s The Weird World of Blowfly. That was also the title of a fascinating 2011 documentary about his career, which produced songs sampled by Beyonce, Jurassic 5, and Puff Daddy.