It’s packed with all the retro call-backs you could ever want. 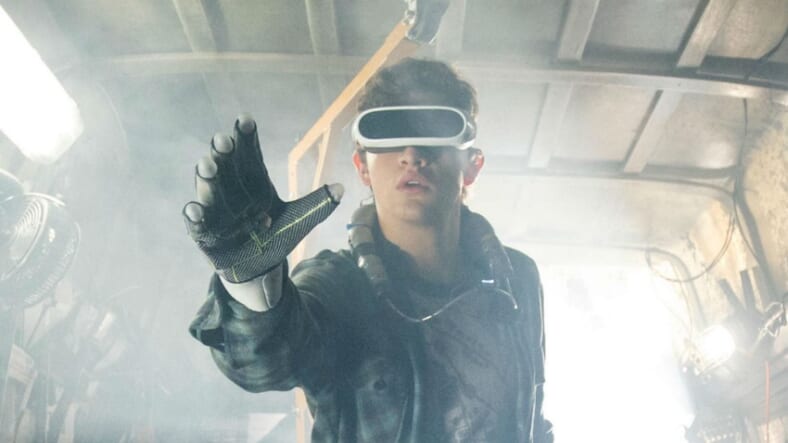 Ready Player One is all set to be yet another blockbuster Steven Spielberg movie. Even better for the director, he was able to throw a ton of references to his own work into the mix.

But Player One has been kind of handicapped by the nature of its plot.

Here’s the synopsis from Warner Brothers:

The film is set in 2045, with the world on the brink of chaos and collapse. But the people have found salvation in the OASIS, an expansive virtual reality universe created by the brilliant and eccentric James Halliday (Mark Rylance). When Halliday dies, he leaves his immense fortune to the first person to find a digital Easter egg he has hidden somewhere in the OASIS, sparking a contest that grips the entire world. When an unlikely young hero named Wade Watts (Tye Sheridan) decides to join the contest, he is hurled into a breakneck, reality-bending treasure hunt through a fantastical universe of mystery, discovery and danger.

That sounds like an interesting story, but previous Player One promotions have centered on the multiple pop culture references that saturated the novel on which the movie is based. This has led to some Twitter pile-ons.

This, from the new READY PLAYER ONE trailer, is shameless pandering, aimed at audience of just me, and it 100 percent worked. pic.twitter.com/80NBPKC57P

My nickname in middle school was, "It's Pat!" and that still doesn't hurt as much as the assumption that I would like Ready Player One.

Why so many people hate Ready Player One before it's even come out. https://t.co/QdRhp11zOu pic.twitter.com/SLvupE1MUY

All that said, this trailer? It’s actually pretty damn good. For one thing, it reveals much more of the world outside the VR heaven of the Oasis, setting up the story’s dramatic tension between a dying planet and an idealized online existence.

There’s still a ton of ’80s-’90s pop culture callbacks, but this preview might be just enough to encourage few people put off by assuming it’s a fandom circle jerk to give it a shot anyway.

So see for yourself when Ready Player One hits theaters on March 29.