Michael Myers in ‘Halloween’ Was Based on These Real-Life Psychopaths

Meet the inspiration for horror’s most iconic killer. 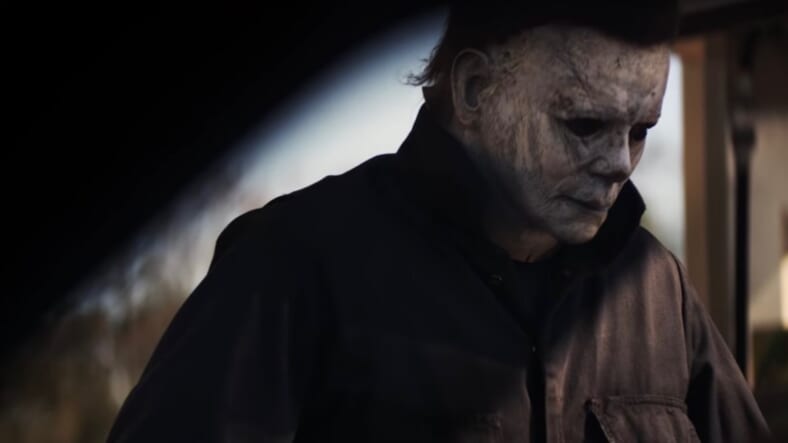 Michael Myers may be in the running for scariest movie monster of all time. Mainly because the character wasn’t conceived nor has he been portrayed—for the most part—as something truly otherworldly or supernatural. Technically, he’s not a monster.

A real human is supposedly behind the blank mask moviegoers know so well, and that makes him far more terrifying. And it turns out that according to John Carpenter and the man who plays him in the upcoming new Halloween, Myers is actually based on real people.

In the 2003 documentary Halloween: A Cut Above, Carpenter detailed part of his real-world inspiration for Myers; an image he carried over from his time in college. “I had a class—psychology or something,” he said, “and we visited a mental institution.”

“We visited the most serious, mentally ill patients. And there was this kid, he must have been 12 or 13 and he literally had this look.”

That look was later part of Dr. Loomis’s dialogue describing first meeting Myers when the killer was a child: The little boy had the “blackest eyes,” Loomis says, “The devil’s eyes. I spent eight years trying to reach him and then another seven trying to keep him locked up, because I realized what was living behind that boys’ eyes was purely and simply evil.”

If that was what Carpenter saw, it’s hard to not wonder what became of the real-world inspiration.

James Jude Courtney, the actor portraying Myers in the new movie, had his own inspiration, reports Vanity Fair:

Years ago, I met a real hit man through a mutual acquaintance—he wanted his life story written, so he was living with me. He had just left a safe house and served in a penitentiary up in the Northwest.

I absorbed his life just by hanging out with him every day. I took him to see a film I was in called The Hit List. We walked out of the screening, and he said to me, “Jimmy, it’s a really nice movie, but that’s not how you kill people.”“Really?”“I’m gonna show you how.”There’s a stealth efficiency to the way an actual trained killer works. Movies tend to dilute that quality with dramatic pauses and dialogue, which a true predator would never waste time doing. That efficiency is what I took to the part of Michael Myers.

It looks like just producing or writing explainers about Halloween is enough to produce visions of real killers still out there lurking in the dark.

‘Tis the season for that kind of thing. Lock the doors.