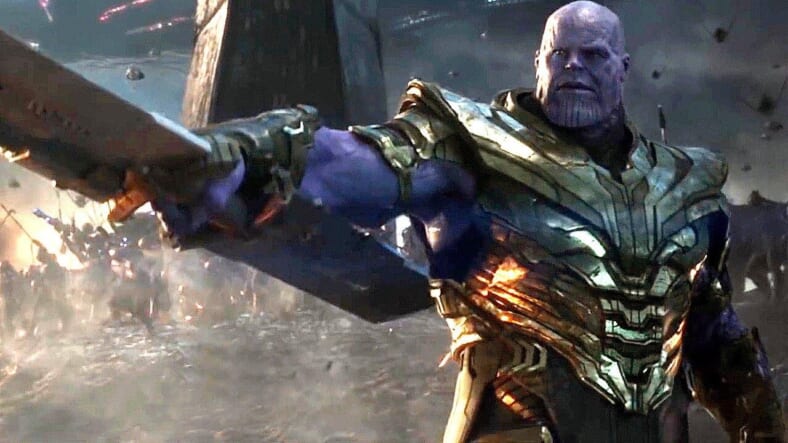 In Avengers: Infinity War (and Endgame) Thanos used the Infinity Gauntlet to eliminate half the living beings in the universe with a snap of his fingers. Of course, that’s impossible, and the Gauntlet doesn’t exist.

But that wasn’t his only weapon. Thanos (a heavily CGI’d Josh Brolin) also carried a cool, double-bladed sword. That’s a much more realistic instrument of death, so naturally, the Hacksmith—who has made a series of videos about recreating comic book weapons—made his own. Check out the video below.

To re-create this massive sword, the Hacksmith crew started by using a statue for reference, creating a digital file then fed to a plasma cutter. They actually scaled it down from a Thanos-sized 8’4” to a human-wieldable 6’4″. Smaller parts are laser cut, and after all the parts are weighed (both sides have to have the same weight to preserve balance), they’re welded together.

There followed a good deal more welding and cleaning and in no time, something that 100 percent looks like the real deal.

The Hacksmith has made a few familiar superhero tools and weapons like Captain America’s shield and Thor’s Hammer.

That’s some impressive work, no doubt. But we’ll really be impressed if they get together a decent working version of the Infinity Gauntlet. As long as it comes with a “No Snapping” rule.