‘Red Dead Online’ Starts This Week: Here’s Everything You Need to Know 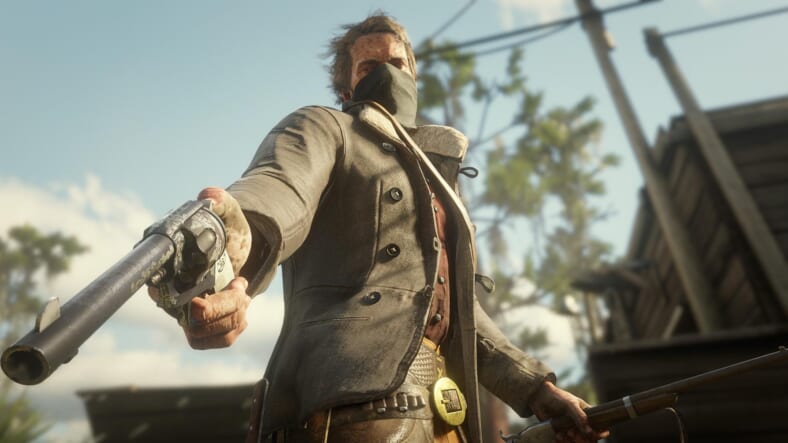 Rockstar Games definitely has a massive hit on their hands with Red Dead Redemption 2. The gunslinging game has already broken records, and players have been wowed by the wild, twisting story and the deep, mysterious secrets buried within.

Now it’s time to open up the world of RDR2 to the hoards of gamers eager to take their skills to the next level. Red Dead Online, the game’s online multiplayer mode, will go live on Tuesday, Nov. 27, Rockstar announced on Monday.

The all new online component will depart from the narrative of Arthur Morgan and the Van Der Linde gang, instead allowing you to create and customize your own character, tailor his abilities to your play style and ultimately, form a posse with friends to take on a wide variety of quests in Red Dead’s Wild West world.

It’s worth keeping in mind that this is ostensibly a beta and Rockstar will stagger players entering online throughout the week. Rockstar’s Monday press release gives the schedule of how they’ll allow RDR2 owners into online:

Wednesday, November 28: All players who played Red Dead Redemption 2 on October 26th according to our data.

Thursday, November 29: All players who played Red Dead Redemption 2 between October 26th to October 29th according to our data.

Friday, November 30: All players who own Red Dead Redemption 2.

Don’t be put off by the beta designation here. Rockstar is no stranger to creating online experiences and it seems calling it a beta is only there to warn fans that some patience will be necessary during launch while servers are stress tested.

For all intents and purposes, what Rockstar is calling a beta this week will entail all the elements of Red Dead Online’s final form, less any DLC and expansions they have planned.

This is what everyone’s been waiting for and it’s finally here. Put in your sick day at work, load up your sawed-off shotgun and mount your horses; your Red Dead posse is calling and that bank isn’t going to rob itself.