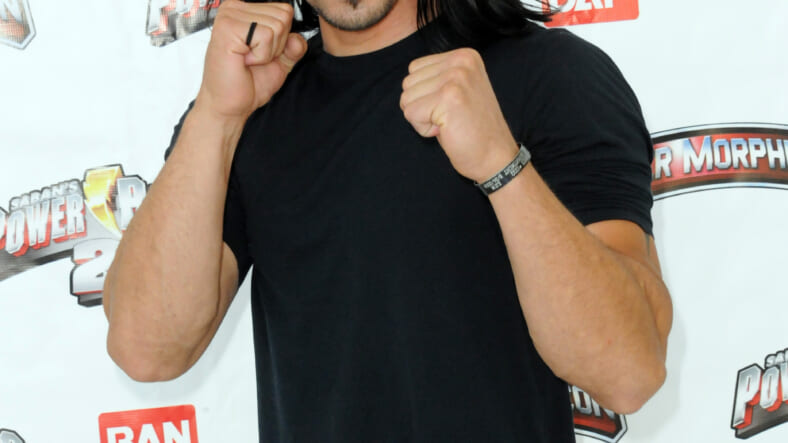 A former Power Ranger has been arrested and charged with the murder of his roommate, TMZ reports.

Ricardo Medina Jr., the 38-year-old actor who played the Red Power Ranger in Rangers Wild Force (2002) and Power Rangers Samurai (2011), was arrested Thursday for allegedly stabbing roommate Josh Sutter to death last year in Palmdale, California with what’s been alternatively described as a samurai sword or a “Conan the Barbarian” sword.Medina was arrested last year in the aftermath of the fatal stabbing, but no charges were filed at the time by the Los Angeles Sheriff’s Department at the time, BuzzFeed News reported.Now, Medina was “rearrested” Thursday and charged with one count of murder. According to TMZ, Sutter’s family thinks Medina was charged because his initial story of self-defense didn’t check out with detectives. Sutter “had defensive wounds on his hands, and most of the blood was outside of Medina’s room, [while] Medina had claimed he retreated to his room to escape Josh,” TMZ reported.Medina faces between 26 years and life in prison if found guilty. No matter how much time he spends in jail, this scene from Power Rangers Samurai is officially ruined forever: